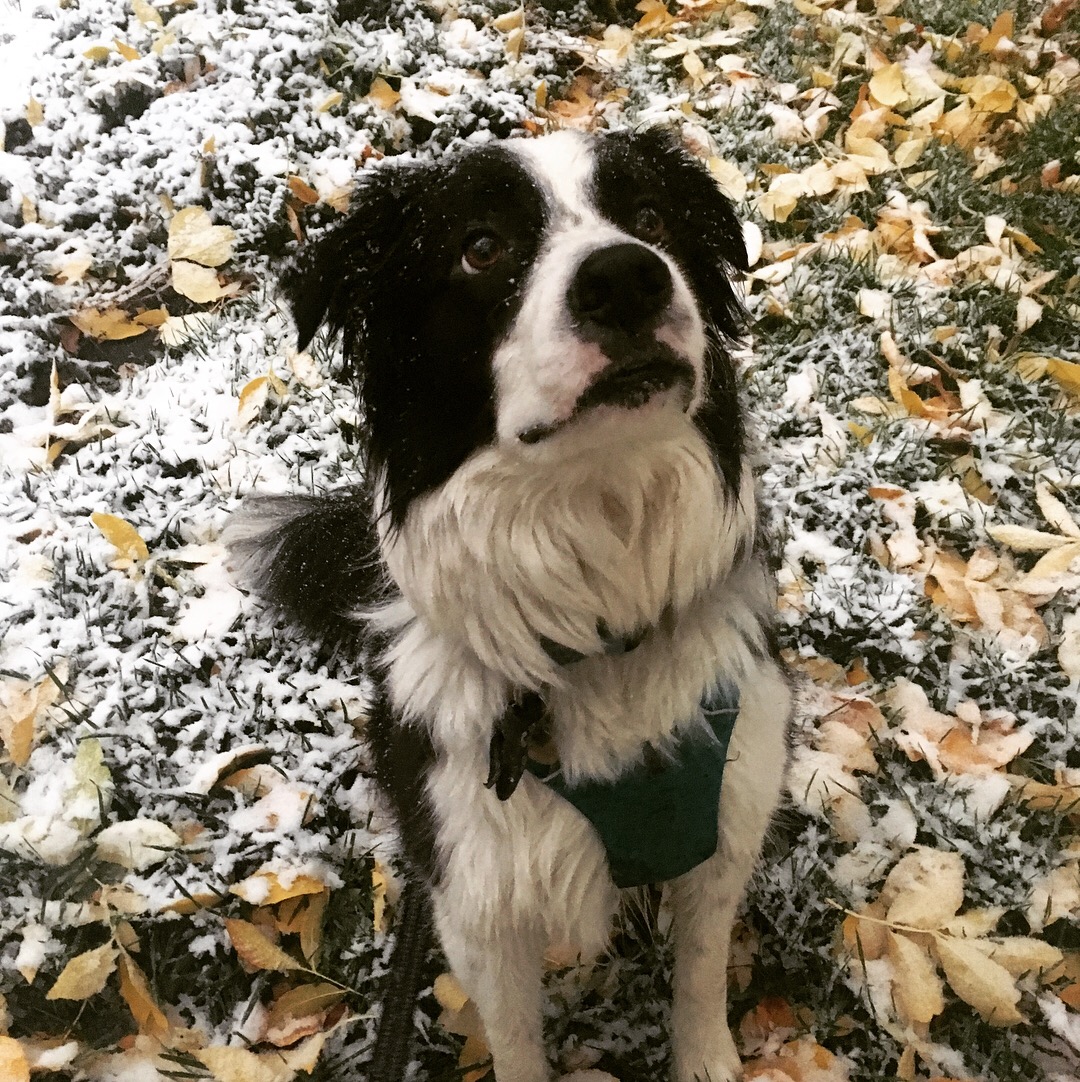 As I reached for the door, Barley surged forward, wagging so hard that his tail hit his ears. I paused and glanced at him, and he struggled into a sit. His butt hovered off the ground for a moment, then planted. I opened the door and he looked up at me. “Ok.”

He surged forward as I called, “Get your cow, Barley!”

Even though his small squeaky toy was right at the base of the front porch steps, Barley charged towards the street. I realized as he was halfway across the yard what he was after.

A twig that I threw across the street several hours before, then told him to “leave it.”

When I told him to “leave it” several hours ago, he laid down and stared at it. He didn’t audibly whine, but his eyes were straining ahead and his mouth was tight. He’s that obsessed with fetch. 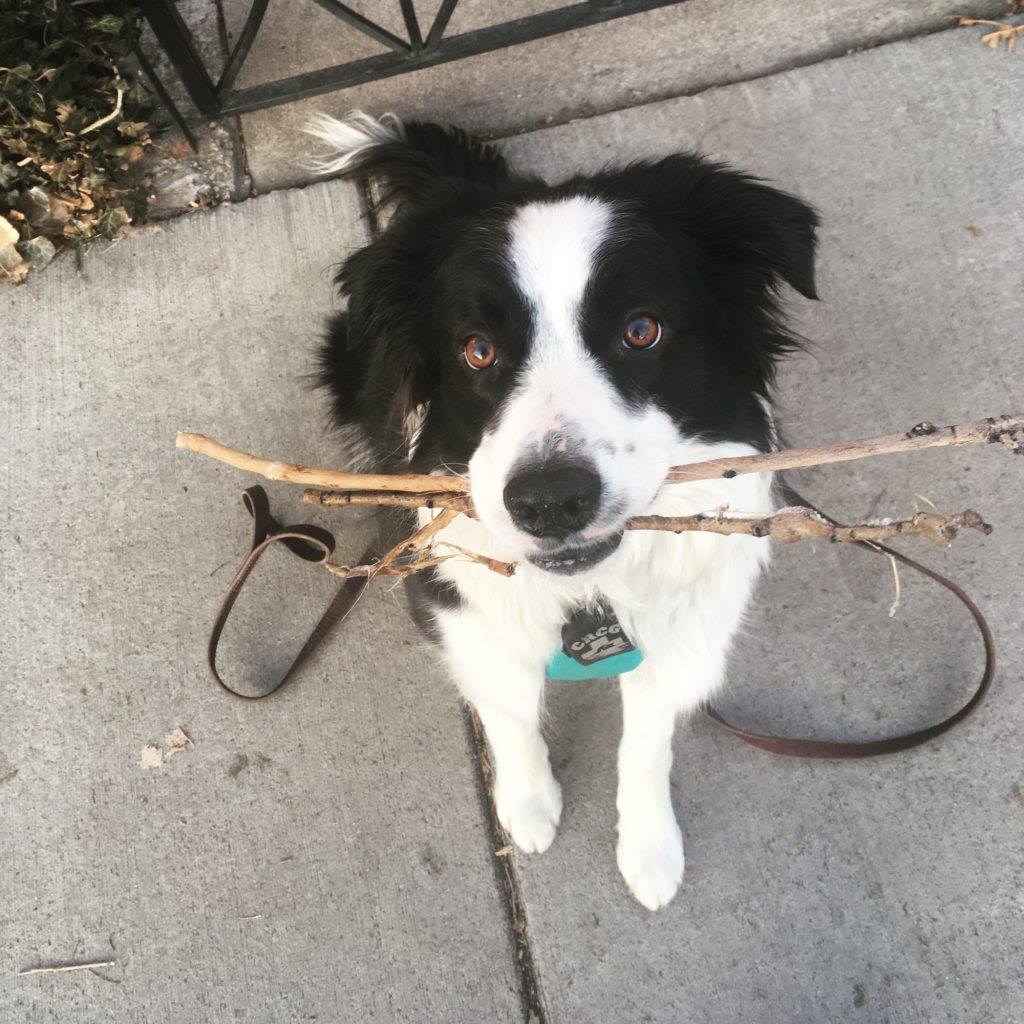 I forgot about the twig. But Barley didn’t.

“Barley, NO! Come!” I yelled, my voice sharp and harsh.

Barley turned on a dime and ran back to me, his body and head low, his tail tip wagging just a bit. In a flash of frustration, I grabbed him by the collar and tossed him inside. He yelped.

He immediately turned and put his ears all the way back, drawing his lips with them. His tail wagged from one ear to the other, his head low, and he licked the air as he stood on his hind paws, trying to reach my face.

For a dog who is normally not very touchy-feely, this was a big display.

I took a breath and made eye contact with Andrew, coming back to earth. He raised his eyebrows. I preach positive dog training for a living, yet I just yanked my dog so hard that he yelped. I said lamely, “He was running into the road after a f*cking twig.”

Andrew turned back to his work. I knelt and let Barley lick my face, repeating,  “I’m sorry,” to him. He picked up a toy and shoved it into my chest, ducking away from the pets.

After a few moments of attempted reconciliation, I left for yoga with a stone on my chest and a knot in my stomach. I’ve been snapping at Andrew and Barley a lot in the past 72 hours, and I was sick of my own behavior.

Why is it hard to be more patient?

I do a lot of my best thinking in yoga class. I know, that’s not the point of yoga. But I’m not yet very good at clearing my mind. Instead, I chew over my day’s problems.

I ran the events of the day through my mind several times. I know better than to punish Barley for listening to me. How asinine is that? I also strive to avoid fear and pain in all of my training practice – so what the h*ll was going on with me?

Finally, Applied Behavior Analysis floated into my mind. I slotted the events into a basic mental ABC chart.

Antecedent: Barley does something I don’t like. This generally looks like him performing an action that is contradictory to a cue I just gave.

Behavior: I lose my temper with Barley. This looks like me yelling or even grabbing at him.

Consequence: Barley offers appeasing behaviors and the unwanted behavior ceases. This looks like his tail wagging hard, him attempting to lick my face.

I got shivers down my spine. I already knew that punishment can be reinforcing. But I hadn’t realized that it wasn’t just regression to the mean that I was dealing with. It was also the fact that Barley’s appeasing behaviors were really nice for me. He’s normally a very hands-off sort of dog, actively ducking away from petting from strangers and even me. So when he tried to make amends after being scolded, that was often the cuddliest he’d ever be.

Even several hours after this realization, it still makes me really sad. Part of the reason that I scold my dog (even when I don’t want to and actively strive to be more patient) is that his attempts to make amends are pleasant for me.

We teach our dogs patience – but we don’t practice it much ourselves.

But that’s not the only reason it’s hard to be more patient.

While I sweated through some downward-dogs and star-pushups (Schole Yoga in Salt Lake City is a workout, let me tell you), I brainstormed other reasons that I failing at being more patient with my loved ones. Some read like excuses, others feel more valid.

When you are trying to be more patient with your dog, you might have a different list of reasons for your struggles. But hopefully, my list will help get your mind going on some potential reasons. 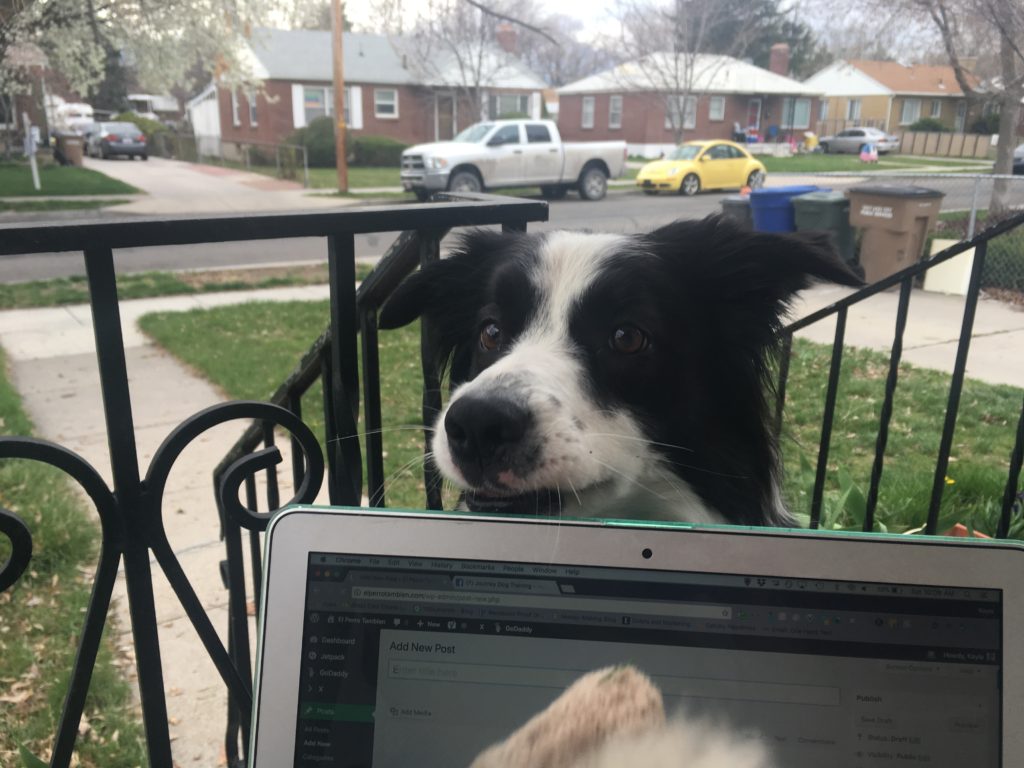 Patience is key when you live with a dog. Barley drops slobbery toys onto my laptop too often to admit.

How to be More Patient with Your Dog 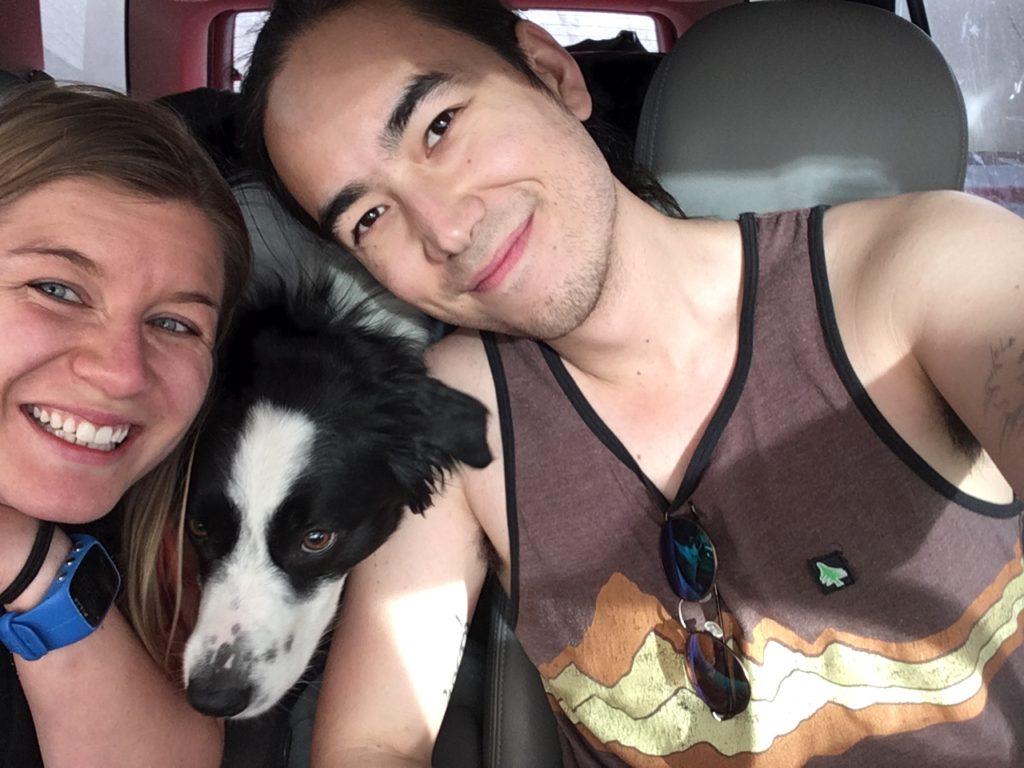 The more patient I can be with Barley (and Andrew), the more fun we’ll have in our adventures!

Now that I’ve gone way too far into some potential fixes for some potential underlying reasons for my outburst today, let’s go over a game plan to be more patient.

Oh, and I’ll try to just be less concussed.

What did I miss? How can we all be more patient with our dogs and loved ones?