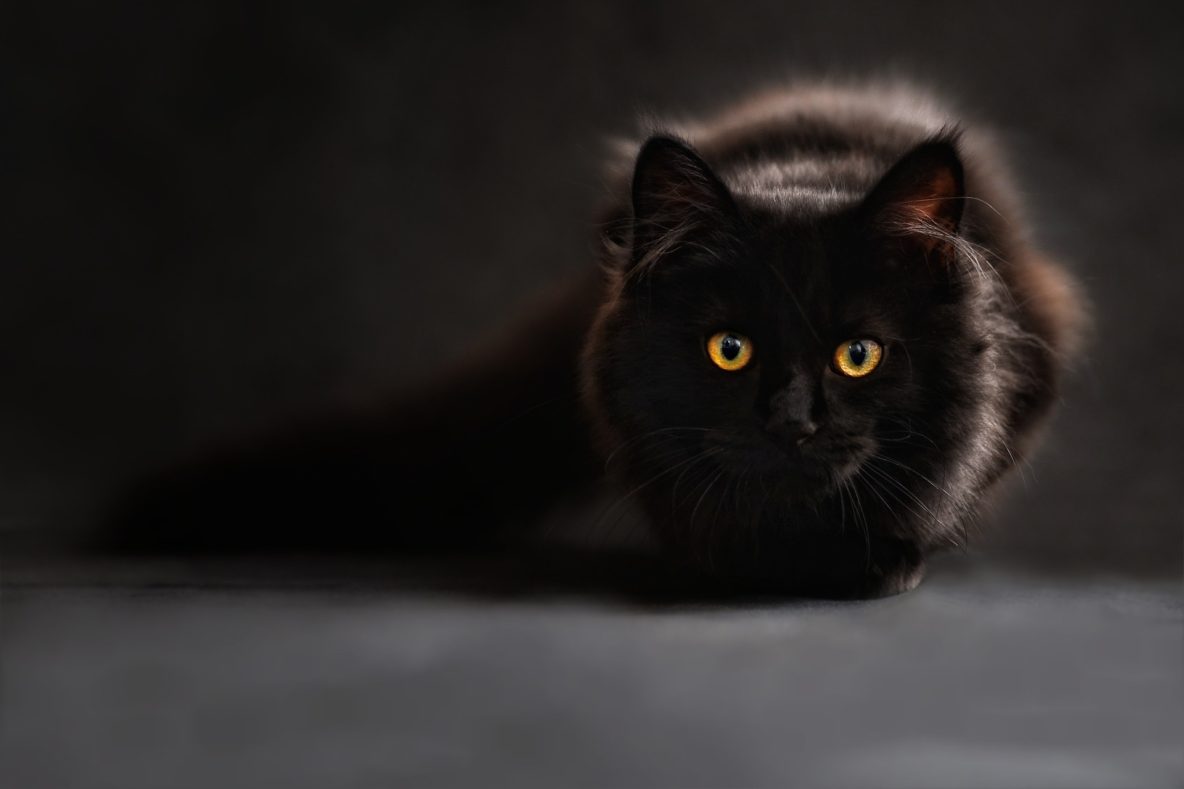 Cat-cat aggression is no joke. The screaming, clawing, hissing, biting, and… the litterbox issues. When cats are stressed, they often slip up in their litterbox habits. So how do you help your cats get along? And how do you fix the litterbox problem?

Want to submit your own Ask A Trainer question? Do so here.

Want more personalized help? Check out our different remote and online training options here. It’s remote, on your own time, and totally personalized. Like having a trainer in your pocket!

I got a text this morning at 6:17am from my very good friend Becca. “When you wake up, I need your animal help.”

We spoke on the phone for a while and I helped give her some advice. The issue she’s struggling with is pretty common: cat-cat aggression that’s resulting in litterbox issues.

Here are the basic details: 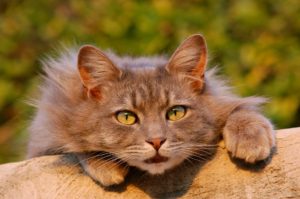 Becca loves her cats, but really can’t be cleaning up cat pee all the time. Need I say why? It’s really important to work on cat-cat aggression and litterbox issues as early as possible so that neither pattern becomes an ingrained habit. This is even more important because Becca and her boyfriend are about to move.

Her basic question is this: “How do I help my cats get along so that everyone uses the litterbox in peace?”

It’s important to remember that both cats here are probably very stressed. We don’t know exactly what they’re thinking or feeling, but it’s safe to assume that it’s not warm and fuzzy. That’s why I never recommend punishment for animal training.

There are six steps that Becca can take to work towards helping her cats get along better. 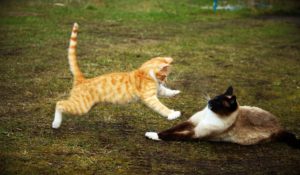 In an ideal world… continue to prevent cat-cat aggression by distracting your cats. For example: Tiny Cat hops off the couch and heads over to the litterbox. Katza hasn’t yet started to stalk or chase. Becca jumps up and grabs Katza’s favorite toy and starts a great play session with Katza. Katza learns that if she ignores Tiny Cat, she’ll get a private play session. Pretty soon, Katza will be excited to let Tiny Cat go to the bathroom!

Eventually, you won’t have to keep the cats separate when you’re gone. You won’t have to leap off of the couch to distract Katza whenever Tiny Cat has the urge. Instead, Katza will keep lounging on her high perch and just enjoying her daily play therapy sessions while Tiny Cat uses one of the four boxes available. But it will take a bit of time and effort to get to this place.

Dealing with cat-cat aggression and litterbox issues is really frustrating.

No one wants to clean up endless cat pee, deal with fighting cats, or entertain the thoughts of permanent separation (or rehoming a pet). Luckily, there are several steps you can take that are fairly easy. Most people succeed with just these modifications to their home, routine, and behavior.