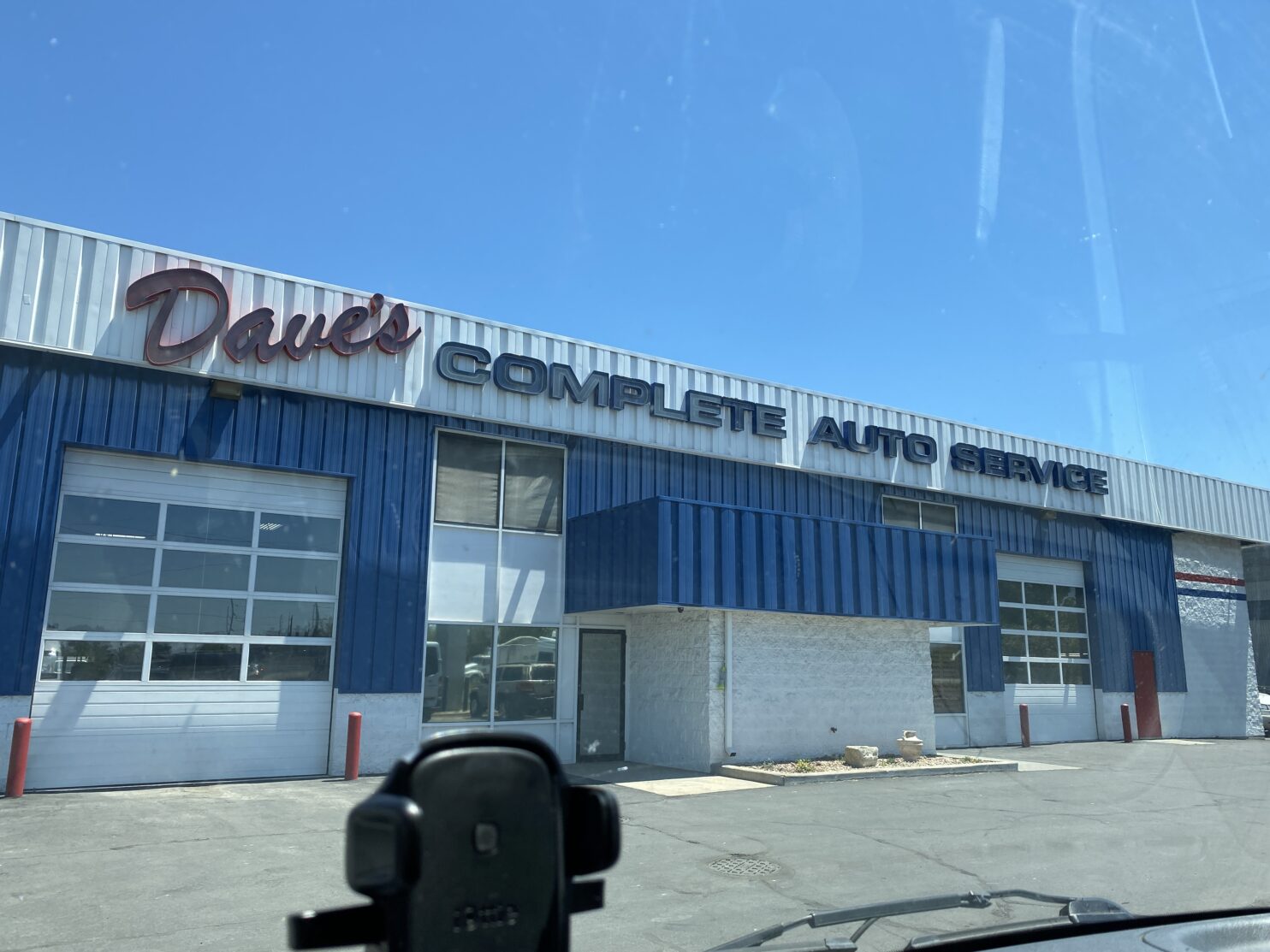 I want to start my review by saying that Miles, the general manager, was always courteous and helpful when I called. I also understand that cars are complicated, especially older vehicles, and that there’s a pandemic going on.

And yet, the service I received at Dave’s Auto was extremely frustrating and I am left feeling dissatisfied at best. This whole ordeal started on April 20, when I agreed to have my vehicle (2006 Dodge Sprinter with 195,000 miles) towed to Dave’s Auto for an engine replacement (expected to cost around $15,000). We originally discussed a May 1 pickup date. I live in Missoula, Montana so most of these correspondences were done over the phone or email, and I was attempting to coordinate flights to collect the van as well as a move-out date for my apartment.

I sent over consent for services on April 29 and told my landlady that I would be out of my apartment by the end of the month (the van is set up for living). I didn’t hear anything further from the shop until May 20, when I sent a followup email.

I then booked a flight for May 28 (almost a full month behind schedule) to pick up the van. On May 24, the shop realized that the wrong fuel injectors had been installed by a different shop. It is unclear why this was not discovered earlier. The van had already been at Dave’s Auto for over a month at this point. Dave’s Auto then rushed to reinstall new fuel injectors in time for my flight.

I left my dogs in the care of my landlady, who agreed to feed and let them out but nothing more. I planned to be back in Missoula on May 30 (a 2-day trip).

When I arrived on May 28, I was told that a test drive had been done and that the van was finished. I started driving and got about 10 minutes away before a check engine light came on and the van went into “limp mode.” I returned to the shop and was told that we’d need to replace the turbo sensor, but that the sensor wouldn’t arrive until June 1 due to the holiday weekend. I understand this is not the shop’s fault, but I never got a straight answer as to why this problem was not discovered earlier or what was done on original test drives.

I tracked down a turbo sensor at another dealership and replaced it myself. The van still did not work. Miles (over email on a holiday weekend, kudos to him) suggested the EGR valve may need cleaning. I removed and cleaned the EGR valve. A mechanic friend suggested replacing the turbo resonator eliminator; I did that. At this point it was May 31 – I was supposed to be home on May 30. I was no closer to a solution than I had been on May 28.

At this point it was clear that I would not be returning home to care for my dogs, so I scrambled to find dogsitters over a holiday weekend while I was 8 hours away from them. I live alone and don’t have family in Montana; none of my friends are available to dogsit.

I returned the van to the shop on June 1. They replaced the EGR valve, charging me over $700 for those repairs and taking another 2 days of me living in Salt Lake City without my dogs. That did not fix the problem, as the van continued to slip into “limp mode” after a mere 10 minutes of driving.

On Wednesday June 2, Dave himself sent me out the door with the van, having replaced that EGR valve. I was told that it had been test driven and that I was good for the 8 hour drive home. Within 10 minutes of leaving the shop, the exact same problem re-triggered. I returned to the shop again and was told that the next step was to replace the turbo, at $2,000+.

Remember; I brought the vehicle in originally for fuel injectors. Then it became a new engine. Then it became a turbo as well. The vehicle had not needed a new turbo and had never triggered limp mode in the 9+ months previous to these repairs. I do not have an explanation from the shop as to why this could be the case.

If I had a job that required in-person work, at this point I suspect I would have been fired. I was in Salt Lake City for a full week longer than expected. I had to buy clothes and shampoo for myself and coordinate dogsitters from 8 hours away. I had to cancel work appointments due to not having my notes or gear with me, losing me time and money.

I understand that engines are complicated and that they could not have foreseen all of these complications. I also understand that there’s a pandemic going on and that shops are busy. My issue is that I was repeatedly given timelines that were inaccurate which upended my life completely and that I was sent home with a vehicle that was clearly not ready to drive.

This job was NOT done right the first time.

I still do not have an answer from Dave’s Auto as to why I had no communication or updates between April 29 and May 20. It seems as though many of the problems we experienced between May 28 and June 4 were due to a rushed job on those 6 days. If the shop was too busy to help me or parts were taking too long, that should have been communicated to me.

Ultimately, the turbo replacement seemed to do the trick. I drove the van home on June 4, a week later than expected. I was told on final pickup day that my left rear brake sensor needed replacing and that my ball joints and tie rod were in bad shape and “failed inspection.” This was never communicated to me any of the other times I picked up the vehicle. Again, the vehicle was with the shop for 45 days at that point. Over 6 weeks.

At pickup time, I asked for a refund on the profit the shop made; I did not ask for a refund on pay for the mechanics or parts. I simply asked for a refund on profits due to the massive upheaval in my life caused by the poor communication and runaround. I drafted up the email below and sent it to the shop. When I arrived for pickup, Dave informed me that he had not read my emails because “sometimes customers just need to vent.” He offered an apology and said, “Look, I’m married, I know sometimes women need time to let an apology sink in.” Condescending much?

I brought up many of the points above about timelines and expectations, and was told in each case that it wasn’t his fault because either a) I have an older vehicle or b) it’s 2021 and parts take forever. While both of these are valid points, that doesn’t excuse the communication lapses and runaround I was given by the shop.

Dave shouted at me, but did lower his voice when I informed him he was yelling at me. He did not take any responsibility for any of the problems above and essentially told me “tough luck, missy.” He never explained why the turbo was suddenly broken after replacing an engine or why the shop repeatedly sent me home for an 8 hour drive with a vehicle that could not even drive 10 minutes without triggering limp mode.

I did take the van home on June 4 and had no problems on that drive. I was very concerned about driving the vehicle across portions of Idaho where I may be hours away from a decent shop given how little faith I had in a clean bill of health from Dave’s Auto.

They did eventually fix the problem. Miles was always kind and helpful. But this repair process has been a nightmare, and large portion of that nightmare has been due to personnel issues at Dave’s Auto.