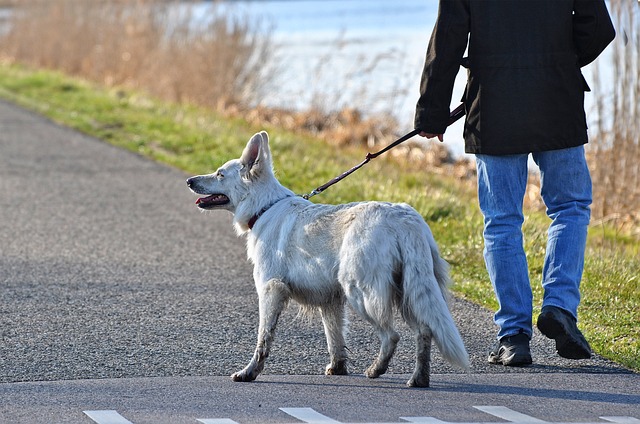 “He’s not a people pleaser,” Will said as he looked at his dog, Buddy. “Not like your boy, Barley. How do I train him when my dog doesn’t want to please me?”

Will and Buddy aren’t alone – you might be struggling because your dog doesn’t want to listen to you. Let’s explore the misconceptions about people-pleasing dogs and how to train dogs that aren’t interested in what you think or feel.

I’ll show you how.

Ways to Motivate Your Dog to Listen

Dogs are individuals. Even littermates within a breed have different personalities. With those personality differences come differences in what makes a dog tick.

There's a common misconception that certain breeds are obedient because they want to please you (I'm looking at you, Golden Retriever owners).

People think these dogs care about your feelings and listen because they want to make you happy. The truth is that most "people pleaser" dogs are easy to please themselves!

While some dogs are certainly attuned to the emotions of human companions, most dogs aren't all that motivated by your feelings. They care about plenty of other things, but your feelings aren't high on that list.

My dog Barley falls seems to care about my emotions - he crawls into my lap to lick my face when I cry. But that doesn't mean he wants to please me, really. It just means that when I cry, he tries to lick my face. We don't really know why!

He's also trained as a service dog to interrupt anxiety attacks from my PTSD - but that was a trained behavior. I used food to teach him to do that.

Don't worry - this doesn't mean your dog isn't a loving companion or a great training partner! In fact, it's often easier to train dogs that are motivated by hard-and-fast things, rather than mushy feelings.

Let's explore some reasons that dogs might do what you want. 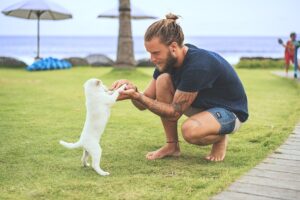 There are plenty more ways to motivate your dog to listen - access to prey items or sexual encounters are two other examples - but they're pretty difficult to use effectively. Most dog training falls into the realm of this list.

In short, most dogs don't listen just because they want to please you. You're probably doing something that changes his behavior, whether you know it or not. 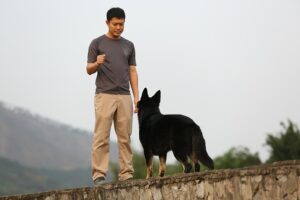 Put It In Action: Training When Your Dog Doesn't Want to Please You

Let's go back to Will's comparison of his dog Buddy and my dog Barley. I asked Will, "What do you do when Buddy does something that you like, such as listening to a cue?"

He said that he praised Buddy. I asked him to show me. He bent over Buddy and thumped the dog on the ribs, praising him loudly. "Good boy, Buddy! Good job!"

Buddy wagged his tail a bit and walked away to sniff the ground.

What did we learn? That praise didn't seem to do much for Buddy - I doubt Buddy is very excited to listen in exchange for this sort of reward.

Next, I asked, "What do you do when Buddy misbehaves? Don't show me this time, just tell me."

Will explained that he yelled at Buddy, and spanked him if he was really bad.

I asked, "How does Buddy react?"

Will shrugged. "He doesn't seem to mind the yelling, he'll just carry on doing what he's doing. If I come towards him, he'll stop and move away."

What did we learn? Will's attempts at punishing Buddy's bad behavior wasn't doing much to change Buddy's behavior, either.

Here's what I told Will to do instead (this is what I do with my dog Barley):

Congrats! If you follow these steps (and practice enough), you'll have a dog that wants to please you. But not because he cares about your emotions - he wants to please you because he knows that you'll pay him for his hard work. Obeying your wishes and living by the laws of humanity is not easy for dogs. Teach your dog that you pay for his hard work, and he'll listen more reliably.

The bottom line is that most dogs who look like people-pleasers actually are well-trained and well-paid for their work. Most dogs don't need treats to reward their good behavior forever - but they do need rewards when they're first learning.

Don't worry if your dog doesn't want to please you. Most dogs have bigger goals in life (like chasing squirrels and eating table scraps) than making you happy. Learn to leverage what your dog wants, and you'll have a well-behaved dog in no time.