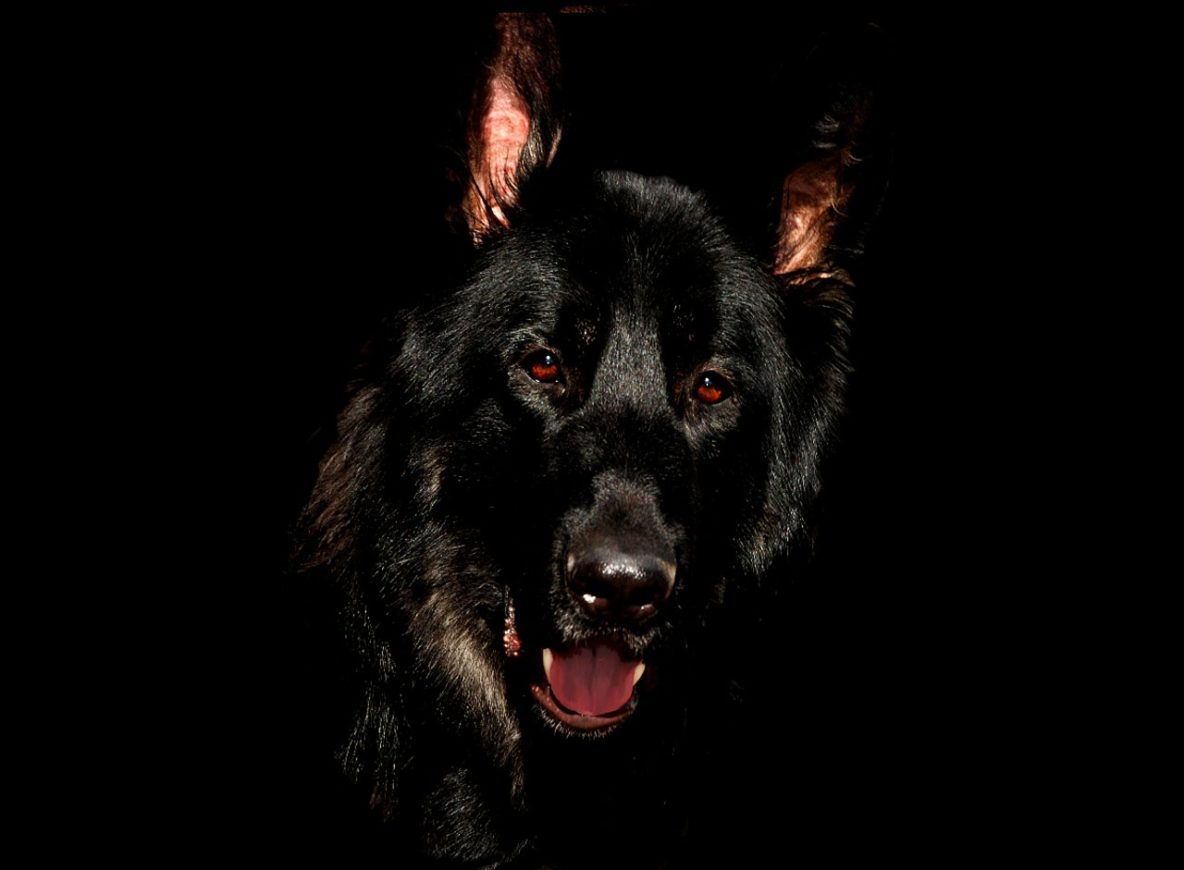 Jack was a big, black Shepherd/Husky mix (or at least that was our best guess). He growled when the intake staff at the shelter moved him from the overnight kennels to the “Dog Overflow” room.

When the kennel cleaners came to move him the next day, he was friendly and waggy.

I went to work with Jack a few days later. Based on notes from the other trainers, he’d been making huge improvements. He was quite affiliative and seemed to really enjoy butt scratches. But there had been no progress made yet on him letting us handle his legs or paws.

Jack and I played the “Treat and Retreat” game for a while, with me clicking and tossing a treat if he approached me. I threw the treat far away, so he had to run to go get it. When he turned and started walking back towards me again, I clicked and tossed the food away again.

As he bounded back towards me, I noticed his rear dew claws seemed extra-bouncy. He didn’t look like he had Pyrenees in him (or any other double-dew-clawed breed), so I thought that was a bit strange.

I knew Jack growled (and had even snapped) when people handled his paws. But I also knew that his paws didn’t look quite right.

Carefully, I wrapped his leash around a pole, setting up a pulley system where if I pulled on the leash, it would actually pull Jack away from me. I demonstrate this handy trick in this video.

I scattered treats to keep Jack’s face occupied. Then I slowly started stroking around his rear, tail, hips, and legs. I kept one eye on his ears and face – if he stopped eating for even a split second, I stopped handling him.

Over a few minutes of this, Jack started to relax while I handled his legs. I finally managed to get my hands down far enough on his leg to touch his dew claws.

To my horror, I realized that his dew claw had grown so long that it actually was a circle that went through his paw pad.

The large, wobbly dew claw that I had seen was swollen almost beyond recognition.

Shocked, I told Jack what a good boy he was and took him over to see the vets right away.

Luckily, the vets were free at that moment. I showed them Jack’s dewclaw, holding Jack with a muzzle wrap on so they could investigate. Though Jack had tolerated my handling, he quickly became nervous and started to thrash and growl when surrounded by unfamiliar vets.

We decided it would be far safer to sedate Jack – otherwise I was going to get bitten trying to wrangle him for the vets.

Jack Gets an Operation

A few hours later, one of the vet techs found me while I worked with a feral cat. I had just started getting the cat to touch her nose to my finger in exchange for baby food. I was a bit disappointed that the swinging door and new face in the room had sent my cat into a corner.

But the tech explained that there was something I needed to see. Jack was sedated and on the operating table.

Terrified, I came along after her. I was sure that Jack had an infection or something else terrible.

Instead, I was greeted with glowing vets. Nothing makes the shelter vet staff happier than a weird, cool, successful case.

With Jack under sedation, they’d been able to trim his nail to a normal length.

Almost gleefully, the vets asked if I was squeamish. I glanced at Jack, knocked out on the table and blissfully unaware. “Not me! I love this stuff. What’s up?”

One of the vets filled a syringe with a liquid. “This is for flushing and sterilizing the wound.”

Then she inserted the tip of the syringe into Jack’s paw pad, pushing the liquid through into a spectacular arcing spurt.

That’s right. It went straight through this dog’s toe. Gross. But if you’re up for it, you should totally watch the video I took of it.

The Point of This Story Is…

When you’ve got a dog who’s behaving aggressively, erratically, or unusually, it’s always important to really get curious.

His bouncy dew claws were a bit weird, but he didn’t limp and they weren’t blatantly swollen.

Jack easily could have been euthanized at the shelter.

In some homes and with some trainers, Jack may have been corrected with an e-collar, pinch collar, or choke chain for his aggression.

I have been thinking about Jack a lot lately – and I’m not sure why. I met Jack over a year ago. He was adopted out shortly after recovering from his surgery and lives with another dog and a middle-aged gentleman.

But I do know that Jack really cemented in me an important lesson about being curious, patient, and going the extra mile for aggression cases.

I’m no saint – I get scared, frustrated, and overwhelmed by dogs and their behavior sometimes too. But Jack was a good reminder for me that aggression (and other behavior) can be just the tip of the iceberg.