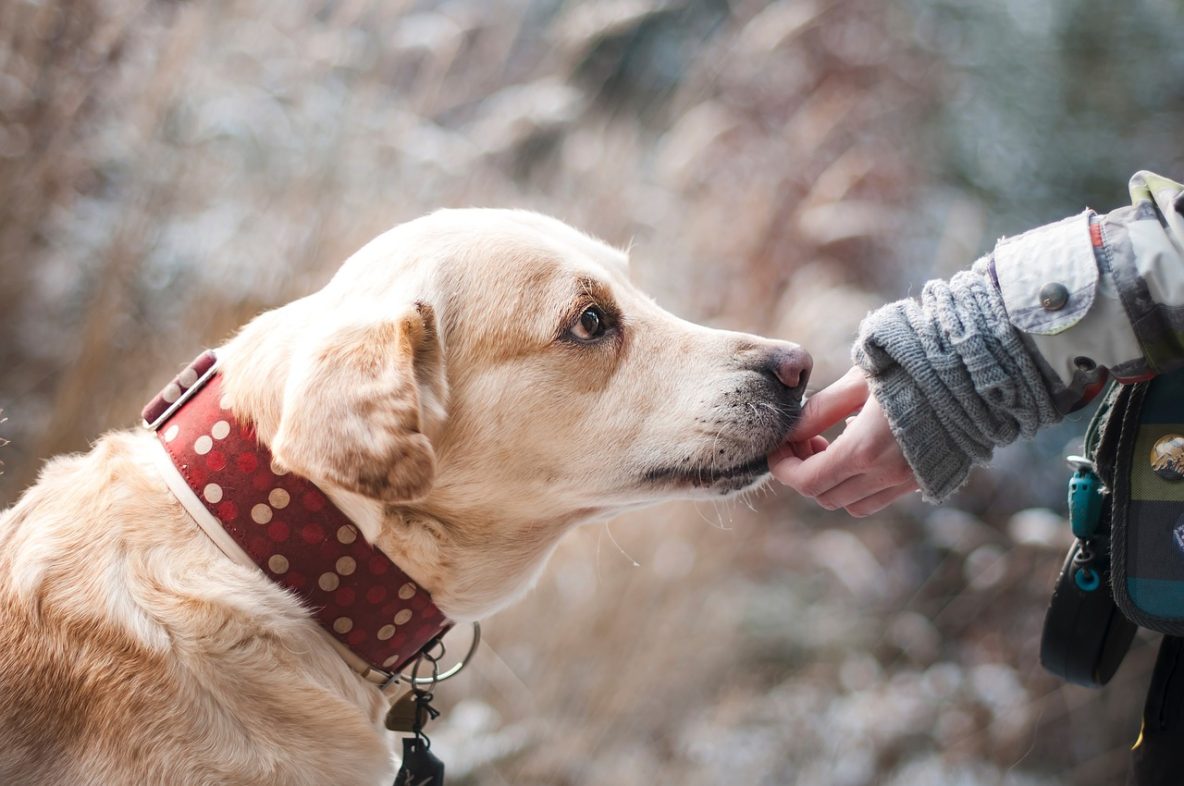 When I first adopted my Border Collie Barley, he ducked away from petting. He wasn’t abused or shy – but he was hand-shy. He didn’t like petting and seemed to dislike being touched in general.

He approached people with a wagging tail, then shoved a toy in their hands to stop them from touching him, sometimes ducking out of reach if they tried to touch him. “No,” he seemed to say, “We’re going to play my way.”

I was bummed that my new dog didn’t seem to like being touched, but he was perfect in every other way. He was optimistic, outgoing, smart as a whip and enthusiastic about work.

But he hated being touched.

Now, Barley leans into butt scratches, his eyes closed in delight. He flops onto his back, draped over our laps for belly rubs. He lets me stretch him before and after runs and even sighs happily when I massage his muscles after a workout.

To be fair, he still doesn’t like when strangers reach out to pet him (I don’t, either). It’s mildly amusing to watch him playing with them – he drops the stick, then backs out of their reach.

They bend to pick up the stick and attempt to pet his head; he backs away. Petting just isn’t his thing.

Your Dog Doesn’t Have to Be Hand Shy Forever

Over months of living with Barley, I started noticing he was accepting petting more and more. Why?

Because I’d been using the skills I learned while working as a dog behavior consultant with aggressive and fearful dogs.

Barley started liking petting because I listened to him.

3 Steps to Teach a Hand-Shy Dog to Like Petting

If I reached out to pet Barley and he ducked away, I listened. I withdrew my hand. If I petted him and he seemed to tolerate it, I paused every few seconds to see what he did.

This is called the Pat-Pet-Pause framework. Here’s how it goes:

I used the Pat-Pet-Pause approach to learn which types of petting Barley liked most. He could say no at any point by just shifting his weight away from me – and I’d listen.

I discovered that by letting Barley say, “No, thank you,” he started choosing to say YES to petting more.

Many people try to teach a hand-shy dog to like petting by just petting the dog more.

This doesn’t work. It just tells your dog that you’re not a very good listener.

But if you really pay attention to what your dog wants, you’ll learn how to be a more attentive human who can actually make your dog happy.

Of course, many dogs already love petting and can’t get enough. But if your dog is hand shy, it’s really important to not overstep your boundaries and breach that trust.

Constantly chasing your dog around in attempts to pet is likely to just teach your dog that you’re annoying and grabby. Pat-pet-pause shows you’re ready to listen and learn.

There’s something extra-sweet about giving a good belly rub to a dog who normally doesn’t let others touch him.

It’s worth it to take the time to make things work.