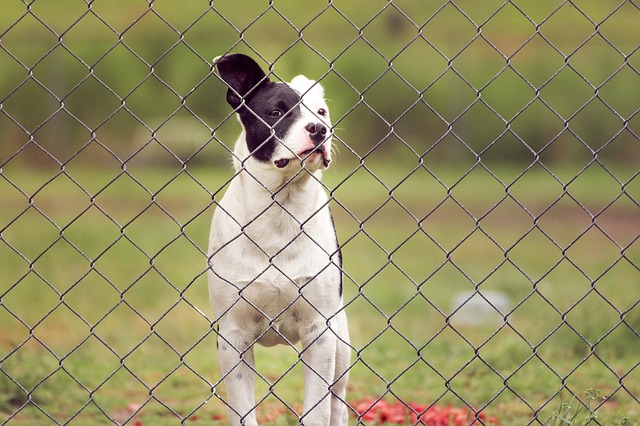 When your dog barks at strangers or other dogs, you may wonder if they’re being protective of you. In fact, this is one of the most common explanations for a dog’s barking and growling that I get from my clients. But is it true? How would you know?

It’s very difficult to really get at a dog’s intentions with a behavior. However, we can look at selective breeding pressures influencing instinct, the consequences that follow a behavior, and the long-term learning history of a dog.

What does “being protective” really mean? The dictionary defines it as, “having or showing a strong wish to keep someone or something safe from harm.”

This means that in order to really be protective, a dog would need to comprehend a threat to their companion and then act to intercept or interrupt that threat. While dogs are certainly capable of this sort of behavior, I don’t think that’s generally what’s at play with dogs that bark at strangers or unfamiliar dogs.

Let’s look at one of the clearer examples of protective behavior I’ve seen in dogs: mothers that behave aggressively to protect their young puppies. Often, these mamas are reluctant to leave their puppies but may make short charges away from their puppies to ward off a threat. They stay close to their puppies and position their bodies to shield the puppies from the perceived threat (even if it’s a well-meaning shelter worker coming with food). They snarl, snap, bare teeth, and make a big show of being between you and their pups. This behavior makes sense: it’s highly adaptive as a mama keep your puppies from being eaten, stepped on, or accosted.

Usually barky-lungy dogs appear frantic, trying to lunge towards the threat with no real concern for where their handler is. That’s not really protective behavior, is it?

These dogs are more likely just plain upset. It’s not about you and protecting you. They’re just scared or upset about the stranger! This is often (but not always) true even with my German Shepherd clients and other dogs with “protective” genetic histories.

When watching dogs that are truly trained for protection, these dogs are hyper-aware of the intentions and movements of a potential threat. They assess the situation and position themselves strategically to stay between the threat and the handler. They are also able to either make a decision on their own or listen to cues to cease their barking. These dogs should be calm and comfortable with strangers, not nervous and jumpy.

It is quite human-centric to assume that your barky-lungy dog is trying to protect you without solid evidence demonstrating that your dog isn’t just upset by strangers.

What If My Dog Seems Protective of My Child?

We still need to examine the topography of your dog’s behavior to see if it looks more like protection, or just plain old reactivity.

In many cases where a dog is more reactive with one handler than others, the dog is simply more insecure with that handler or has a learned pattern of behavior with them. If that handler is jumpy, corrects the dog for reactions, or doesn’t move consistently and calmly through the environment, that may contribute to the dog’s reactivity as well.

This is often the case with children or less-experienced handlers. Because they don’t give their dog clear and calm direction, the dog gets more suspicious of its surroundings. Correcting a dog for reactions can also cause a dog to be more reactive with one handler than another.

My Dog Tries to Protect Me from Friends, Family, or My Partner

In some cases, the dog isn’t reacting to strangers but to loved ones. If your dog growls at your partner when they try to get close, it’s time to get help right away! This situation is tricky to resolve at home.

This may be more like a case of resource guarding – where the dog is actually preventing others from entering your space or stealing your attention. This is much more similar to protection, but still doesn’t necessarily include the dog protecting you from harm. They may be treating you as a possession to guard from being stolen more than a loved one they’re protecting.

It’s hard to say – this behavior in people sure would look a lot like a jealous, overly controlling lover. We might call that person protective, but I’d argue that controlling and jealous behavior in a romantic partner isn’t exactly healthy protective behavior either!

Protective behavior from a dog (or romantic partner) would ideally protect you from actual harm. If your dog is acting in a way that seems protective towards anything that’s not actually harmful, it’s time to get help showing your dog that the world is safer than they think.

You also likely don’t want to trust your dog’s assessment of strangers if they think 2/3 of people are worth barking at. Regardless of whether or not you agree with me that your dog isn’t really displaying true protective behavior, you likely would like your dog to be more civil with people unless there’s a true threat!