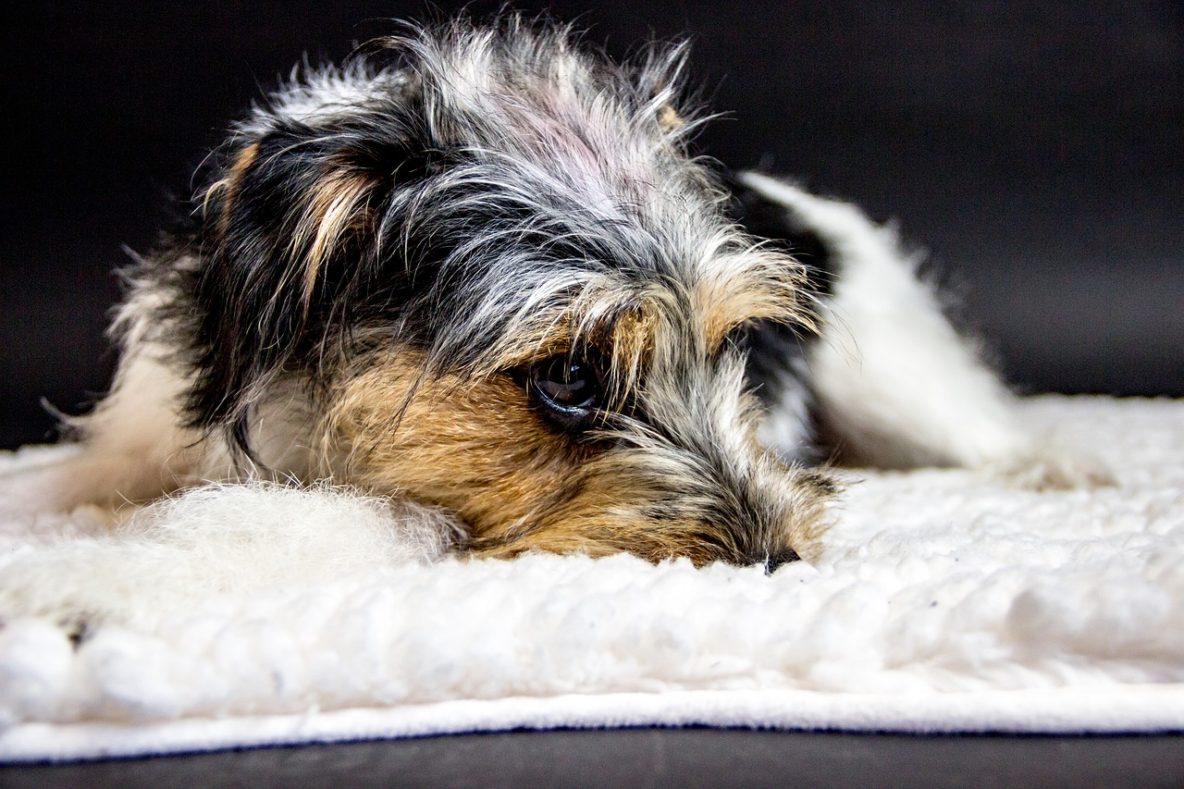 “He’s a bit racist,” the woman explained, clearly embarrassed, as her dog barked and lunged at just one person at the park.

The woman was white, the man her dog was barking and lunging at was black.

Her conclusion seems logical, right? The dog only barks at people of a certain race, so he must be racist. Right? RIGHT?

Well… let’s break that down. We’ve already talked a lot about why dogs bark and lunge, but let’s go a bit deeper into the problem of dogs that appear racist.

Your dog may be reacting to factors that are related to the systemic oppression of BIPOC, your own fear of non-white people, or cultural differences that he’s not used to seeing.

We also have a whole e-book about fixing aggression issues in your dog. Check it out!

Can A Dog Be Racist?

Being racist (as an adjective) is defined as “Showing or feeling discrimination or prejudice against people of other races, or believing that a particular race is superior to another.”

Lately, we’ve also been talking a lot about systemic racism. This is more insidious, because both you and your dog are part of a racist world no matter what you do.

Does that make her racist?

Given the cultural weight of a word like racism, I don’t think it’s wise to call a dog racist. This kind of downplays the issue.

Instead, it’s might be more accurate to say that this dog displays a certain set of behaviors in reaction to a given race, but not in reaction to others. I know. Racism is a much easier word. But it’s not accurate!

Your dog is also probably undersocialized, but that’s not the end of the world.

If It’s Not Racism, What Is It?

For example, my dog Barley barked and hid behind me when he saw his first Sikh men (and yes, I know that Sikh isn’t a race – it’s a religion). We were staying at an AirBnb in a very diverse Vancouver neighborhood, and Barley kept growling or barking when he saw the Sikh men watering their lawns and doing other normal things. He’s not normally that jumpy – so what was going on?

Their turbans, robes, and long beards probably threw Barley off. But I didn’t throw my hands in the air and declare my dog racist. Nor did I assume that Barley had once been abused by a Sikh man.

Neophobia, Socialization, and When it Goes Wrong

What I did assume was that the Sikh men were different to Barley. I even don’t remember the last time I’d seen someone in a turban and all of a sudden we lived in a neighborhood that seemed to be about 20-40% Sikh. To dogs, different is generally scary.

Dogs that react one way to one race and another way to other races are probably undersocialized.

If your dog was not exposed to people of a variety of races as a young puppy, she’s much more likely to behave in a way that we might call “racist.”

Dogs can also learn that just one person is “OK” without automatically feeling comfortable with all people of another race. So if you have one black roommate but never introduce your puppy to any other people of color, you’re probably not off the hook.

This is especially true if the people your dog seems suspicious of people who dress, move, sound, or behave differently from you. It’s not their skin tone that has him on edge – its the fact that they’re new to him.

My guess with Barley is that he’d just never seen someone in robes, a turban, and a long beard before. When I first got him, he also used to bark and lunge at people in wheelchairs, walking with canes, carring umbrellas, walking with trekking poles, wearing floppy hats, carrying large objects… you get the point.

Neophobia is really, really common. It’s the root of many of the behavior problems that I deal with on a daily basis. It’s too late to go back to your dog’s critical socialization period.

Finally, your dog might act racist because you get nervous when you see someone that youperceivee as scary. Tension can travel down the leash, and if that person at the end of the street makes you nervous, that can make your dog nervous as well. Our dog’s behavior is often a mirror of our own, and it’s not always flattering. 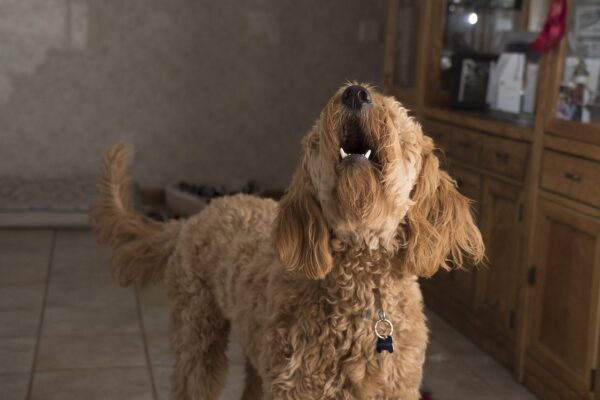 How Can I Fix My Dog’s Racism?

What you really should do if you think your dog is racist (he’s not, but he still needs help) is get help – but don’t worry, I’ll give some solutions here as well. I’m a Certified Dog Behavior Consultant, and I offer one-on-one dog behavior help to people anywhere in the world. You can check out my options for phone, video, Whatsapp, and email support here. No matter what’s going on, I can help you make it better.

Having a racist dog can be really embarrassing (again, he’s not racist, but he does need help). The problem can even become dangerous – so let’s not ignore it. For this explanation, I’ll use the word “stranger” to describe the person that makes your dog uncomfortable. You can use your friends, as long as they’re of the race that your dog struggles with.

When trying to make a dog feel more comfortable around people of other races, I use two main approaches in tandem:

If your goal is more than just tolerance from your dog, you probably should get help from a professional – like me.