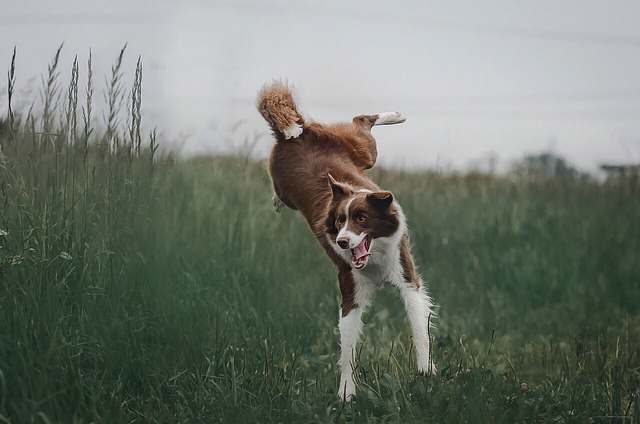 Sometimes our dogs are perfect angels with us and total brats with other people. It’s one thing if your dog doesn’t respect strangers, but what do you do if your dog is disobedient and rude with your husband?

In today’s Ask a Behavior Consultant we’re tackling this topic, as posed below:

“My rescue dog doesn’t respect my husband at all. He has terrible manners and behavior, walks all over him, and is extremely rude in general. He deliberately ignores commands, enters his personal space too often and forcefully, begs for food, jumps, whines etc. He doesn’t act this way with me.”

I have good and bad news for you if you’re struggling with a similar problem: your dog probably isn’t actually being an alpha, status-seeking jerk. This probably has very little to do with respect. Yes, the dog is being rude and inconsistent, but it’s probably an environmental and training issue more than a personality defect.

When dealing with problem behaviors in our pets, it’s usually helpful to examine the simplest explanations first. Which is more likely: that something in the husband’s behavior is different from the wife’s, causing a difference in the dog’s behavior? Or that the dog is intentionally manipulating the situation and deliberately ignoring commands?

I haven’t seen video of this particular case or had the opportunity to work with them in-person, so I can only guess exactly what at’s play here. Here are my hypotheses:

In reality, I just don’t quite know yet.

Here’s what I’ll suggest you try if you’re in a similar position:

There are a lot of directions to go with this issue, and it’s difficult to answer without being there to watch the dog and humans interact. I hope this gets you off on the right paw to mending your relationship and reducing problem behaviors!