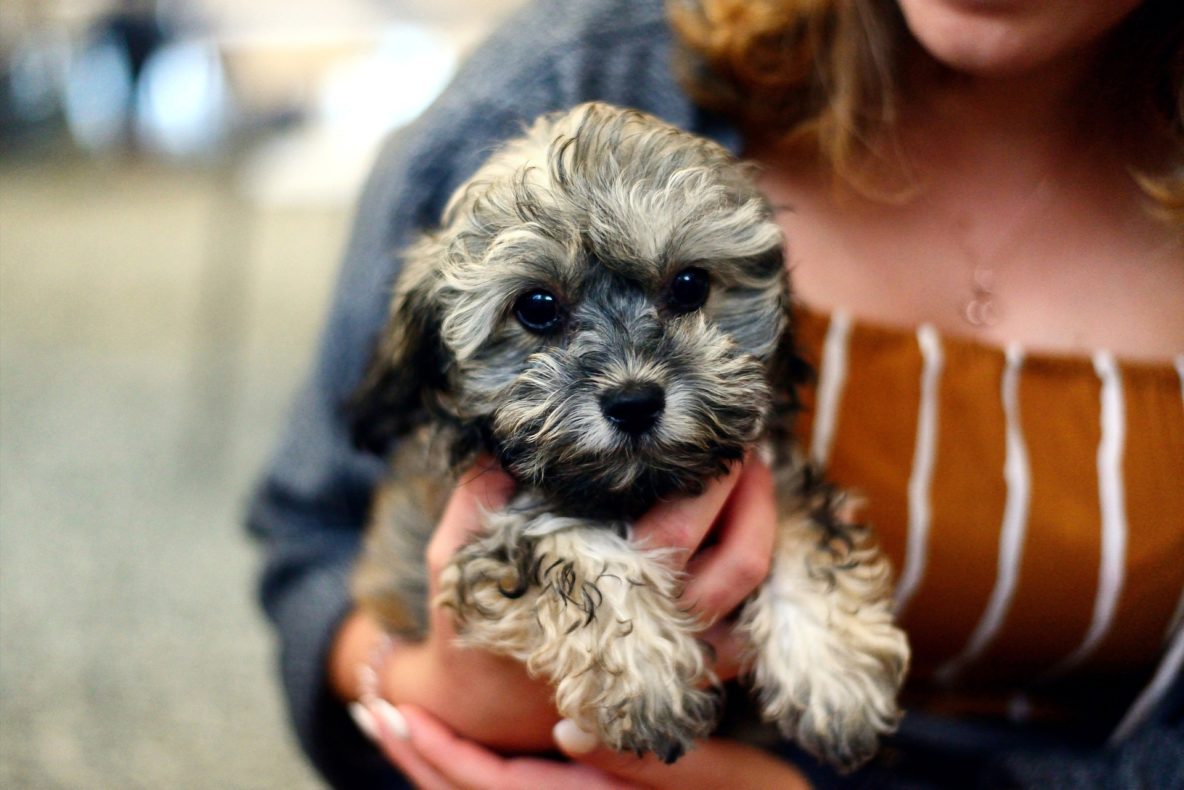 Many puppies come into the world as friendly and confident little balls of fluff. But some don’t – and this can be a nasty shock for their new family.

What do you do if your puppy is scared of your roommate, friends, child, or romantic partner? That’s what our most recent “Ask a Behavior Consultant” query is all about:

“My new puppy is absolutely terrified of my male housemate. I’ve had this puppy less than a week so I understand things are new and scary for her. Any time she sees him she hides and cries and shakes. He’s never done anything to her, she’s just afraid of him.” – Petrified Puppy

Unfortunately, there’s a very seductive myth out there that if your puppy is scared of men/people in hats/people with canes/ people of a certain race, that means your dog was beaten by someone of that category. That’s usually not the case. This puppy illustrates that well!

Why Is My Puppy Scared of My Roommate?

Generally, fear issues are a combination of lack of experience and genetics – not abuse.

This puppy is probably scared of the male roommate because she’s undersocialized (and she might have had bad luck genetically as well).

Dogs are also more often afraid of men. This might be because men are taller (big things = scary), have deeper voices, may have facial hair, and move differently from women. All of this is to say, this puppy’s fear isn’t totally bizarre – it fits a pattern.

How Do We Teach My Puppy Not to Be Afraid of My Roommate?

5. Keep at it! Over time, your puppy will learn a few things about your roommate: 1) he’s not scary, 2) he brings tasty treats, and 3) if she’s scared, she can move away from him! Now you can start asking your roommate to gently interact with your puppy – perhaps feeding her by hand or playing with her only when she’s comfortable with approaching him.

6. Add in other people. Odds are, your puppy isn’t only scared of your roommate. She’s probably scared of other strangers, or at least some other strange men. Practice with as many responsible, instruction-following people as you can find (without overwhelming your puppy) to help her learn that everyone is safe to be around.