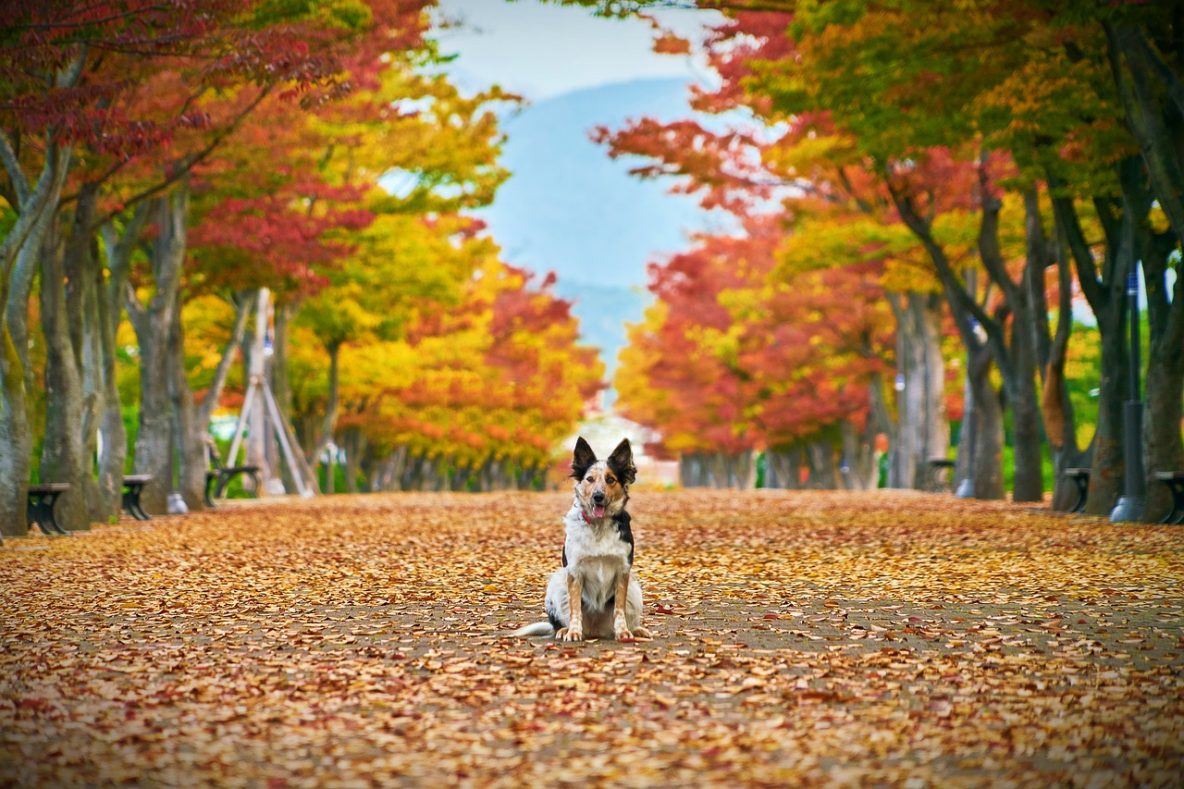 I went to a conference for wildlife conservation last weekend. And I had a good reminder of seeing the forest for the trees.

Barley was our demonstration/ambassador dog for the day, and he was taking a break inside a kennel lent to us by a friend.

The crate was a bit small, but he repeatedly chose it when things got too hectic (I had him tethered with a bed in the crate and another out of the crate, the crate door open so he could choose).

A woman approached and made a snide comment about his crate – saying that here, of all places, among animal lovers, he shouldn’t be in a cage. I just explained he needed a nap and the crate gave him space from people. She argued with me a bit, then moved on.

I was pretty annoyed even then – if there’s one thing that gets under my skin, is someone presuming that they know better for my dog (and care more) than I do.

I kept talking to people about the amazing work we in my “day job” and quickly forgot about the incident.

I’m super passionate about what we do – we train high drive, ball crazy rescue dogs to sniff out the scat (poop) of endangered species (scientists/researchers can get all sorts of info from the scat), prevent and mitigate invasive species, and sniff out ivory, shark fins, snares, ammo, and other items associated with wildlife crime.

The woman came back a few hours later to give me a piece of her mind about Barley’s crate. I tried to explain why he needs it and that he likes it, and she was having none of it. I then tried to explain that she was hurting my feelings with the way she was handling my handling of my dog, and she eventually left in a huff.

Now I was really upset. I love my dog, and I do the very best I can by him. I love him with all my heart and have dedicated my entire adult life to canine behavior and training.

But it wasn’t just that I was right, and she was wrong. I also felt desperately upset that here I was, talking about how my dog has literally helped protect Yellowstone National Park from invasive zebra mussels and has helped researchers better understand the most endangered mammal in North America (black footed ferrets) – and all she could think about was his darn crate.

No consideration of the life I’ve given him other than the crate, no curiosity about the work he does when he’s not an ambassador dog.

This comes back to training methods in a way – something I sometimes struggle with. I frequently see dogs wearing shock collars out on trails. I’m not a fan of these tools in general. But I try really, really hard to take a deep breath and say, “Good. The dog is getting lots of exercise!”

Freaking out about every single training tool that I dislike will only stress me out and alienate friends (and potential clients). Looking at the overall welfare is more important!

But if I do talk to owners about their training methods, I try to focus on what they’re doing right (yay for training the dog! Yay for exercise! Yay for the bond you have! Yay for a gorgeous trail!) and built rapport long before offering any advice – and even then, trying to be genuinely curious before trying to preach at him about his dog’s emotional well-being.

Yes, Barley’s crate today was a bit small. Yes, many people over-use crates. Yes, many American dogs deserve far more freedom. But we need to pick what hill we want to die on – and generally, crates shouldn’t be that hill.

But both this lady and I need to keep working on looking at the big picture. I’m constantly working at it – and trying to shape my employers towards more and more R+ (and I’m pleased with the results I’m getting so far). Today at the wildlife conference was a huge boost of energy and inspiration that I’m in the right job doing the right work!!! I hope that this woman, who’s clearly so passionate about animal welfare, can put that energy to good use. Lots of dogs out there need her. But Barley isn’t one!

One last point here. It was amazing how quickly this woman’s approach alienated me. I care deeply about animal welfare – especially the emotional well-being of my own dog. (That’s part of why he was given the option of having a crate in the first place!) If she’d approached me slightly differently, we might have had a lovely conversation and had a lot in common. Instead her approach immediately put me on the defensive.

The point is, look at the whole welfare picture before getting upset. Assume the person is doing the best they can with the knowledge they have. And lead with empathy if you do decide to speak up. Picking fights won’t change minds, especially if you’re missing the big picture.