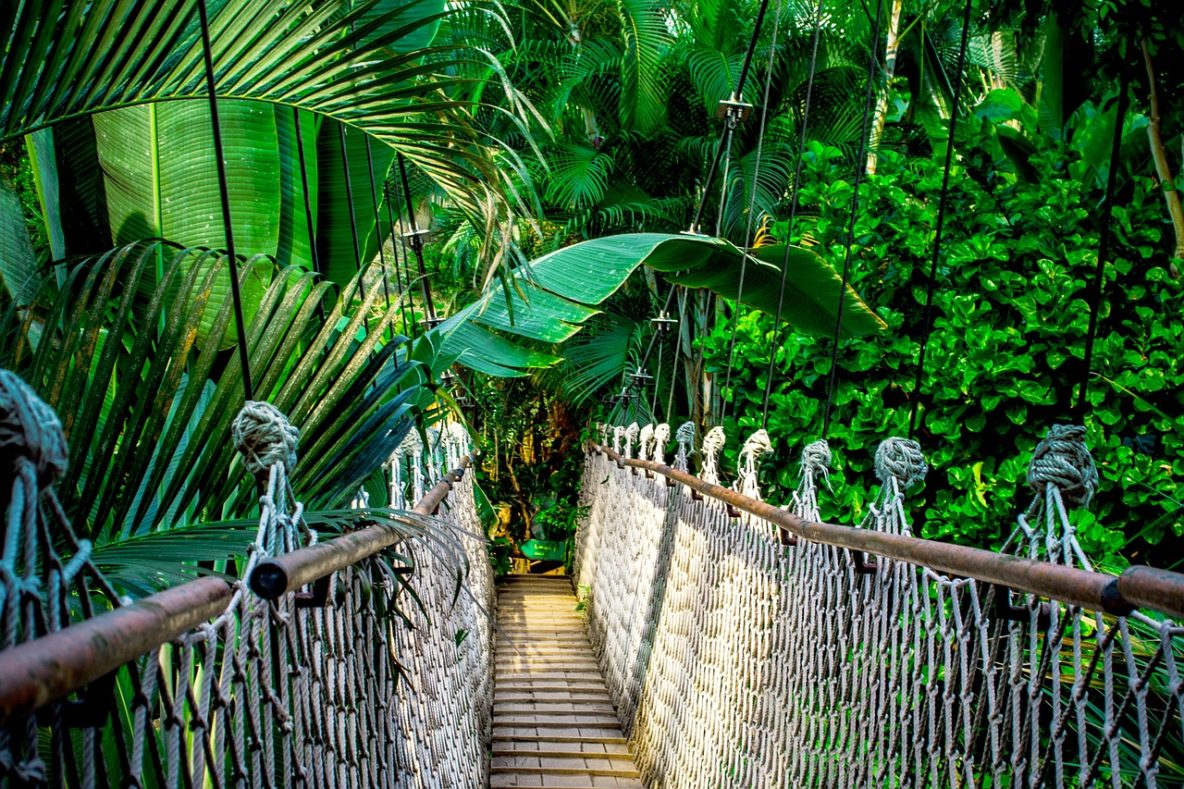 It probably isn’t easy to train a velociraptor, but I was excited to see that many of Owen’s interactions with Blue in Jurassic World were almost identical to my interactions with litters of puppies and panicking dogs. I love dinosaurs and am absolutely thrilled that Jurassic Park taking over screens everywhere. But as a trainer, I’d like to give Chris Pratt (Owen in the film) a bit of a brush-up on his clicker training.

When training Blue, Chris Pratt’s character is patient, calm, and slow-moving. He avoids spooking or provoking her, a key component to success in training aggressive or frightened animals. This is even more important with a wild predator like a velociraptor – Blue could easily kill him if she wanted.

Clicker Training is Easy, I Promise!

The one area of velociraptor training that Owen seems a bit behind on is clicker training. When he works to train a velociraptor, he does a great job of using treats and praise. But it seems like he might have skipped a lesson or two in his basic obedience class. Let’s see if I can straighten him out!

Quick note – no, I haven’t actually trained a velociraptor (yet – but sign me up when we’re ready for that). But the principles of learning theory apply across species. I’ve clicker trained dogs, cats, Komodo dragons, pigeons, chickens, rats, people, hippos, beavers, and more. Between training birds and lizards and big predators, it’s fair to say that the techniques apply. 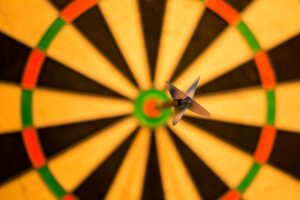 When Owen clicks, he does this multiple times. Blue tilts her head and seems to calm down. It seems like Owen is using the clicker as an attention-getting device, or a cue to tell Blue to look at him. That’s great! But generally, that’s now how trainers use clickers.

Instead, a clicker is actually a marker. It tells the animal, “Great! You just did it right. Now hang on, I’m about to give you a treat.”

It tells the animal that a reward is on the way. This is great because sometimes it’s hard to reward your velociraptor (or other pet) at the exact right moment.

Now that we know what a clicker is supposed to do, let’s look at the steps of clicker training a velociraptor. I’d suggest that Owen teaches Blue a target as her first behavior. This means teaching Blue to touch her nose to a stick when he asks. This is helpful because you can use it to get your animal’s attention or distract them, as well as move them around. With a big animal, that can be really helpful!

If you’re more of the video-watching type, I did a demo video of target training using a hand target on my Facebook page. Check it out!

Here’s how to train a velociraptor to target:

Now that your velociraptor understands that a click means the food is on the way, we can use it to change her behavior. Hold out a stick – you can use a Clickstick for dogs, or a pole with a ball on the end for your bigger animals. Either way, we’ll call this your target from now on.. Hold the target just a few inches from your velociraptor’s face. Wait for her to look at it, sniff it, move towards it, or touch it. The second she does, click and toss her a treat! Repeat this until she moves towards the target as soon as you present it.

Now that your velociraptor is happily touching your target, let’s up the ante. Move the target a bit further away so that she has to take steps to touch it. Every time she does, click and give a treat. (Yes, every time). Keep repeating and add distractions and distance. Work on training in a variety of environments with big distances, obstacles, or other distractions around. If she ever starts to struggle, backtrack to where she last found it easy, and build up again.

So far, we’ve been silent in our velociraptor training. Now that your velociraptor is getting really good at targeting, it’s time for a cue. Right before presenting your target, say a chosen word. Most people use “target” or “touch.” I’ve trained my border collie using the cue “boop.” Now repeat as normal (say the cue, present the target, click and treat when she succeeds). You’ll start to see that your velociraptor looks for the target when you say your word.

Now that your velociraptor will move to target when you ask, it’s time to start fading out treats. To do this, simply start to decrease the ratio of times that you give your velociraptor a treat. Start with just one in five behaviors going unrewarded, then half, then fewer. If you see your velociraptor’s behavior is getting worse, increase the treat ratio again. Do not use the clicker without treats. The clicker means treats are coming. Rather than never giving your velociraptor a reward for behaving well, start to reward her with other things. You might ask her to target before giving her access to her exercise area or before rubbing her belly. You might start a game with her after a target or let her chase a goat. The key is to continue rewarding her without using a clicker and treats. This will keep her good behavior going in real life!

So there you have it. Five easy steps to clicker train a velociraptor (or a dog). I know you’re a busy man, Chris Pratt, but let me know if you need any help. I’m here for you (and Blue). Good luck with your velociraptor training!

If you’re still stuck, shoot me an email at kayla@journeydogtraining.com. I’ll help you learn to train a velociraptor, a dog, or a cat!

The Best Dog Training Tips that Dog Trainers Have Ever Heard

When I was just starting out as a dog trainer, I felt like I was constantly jotting down dog training...