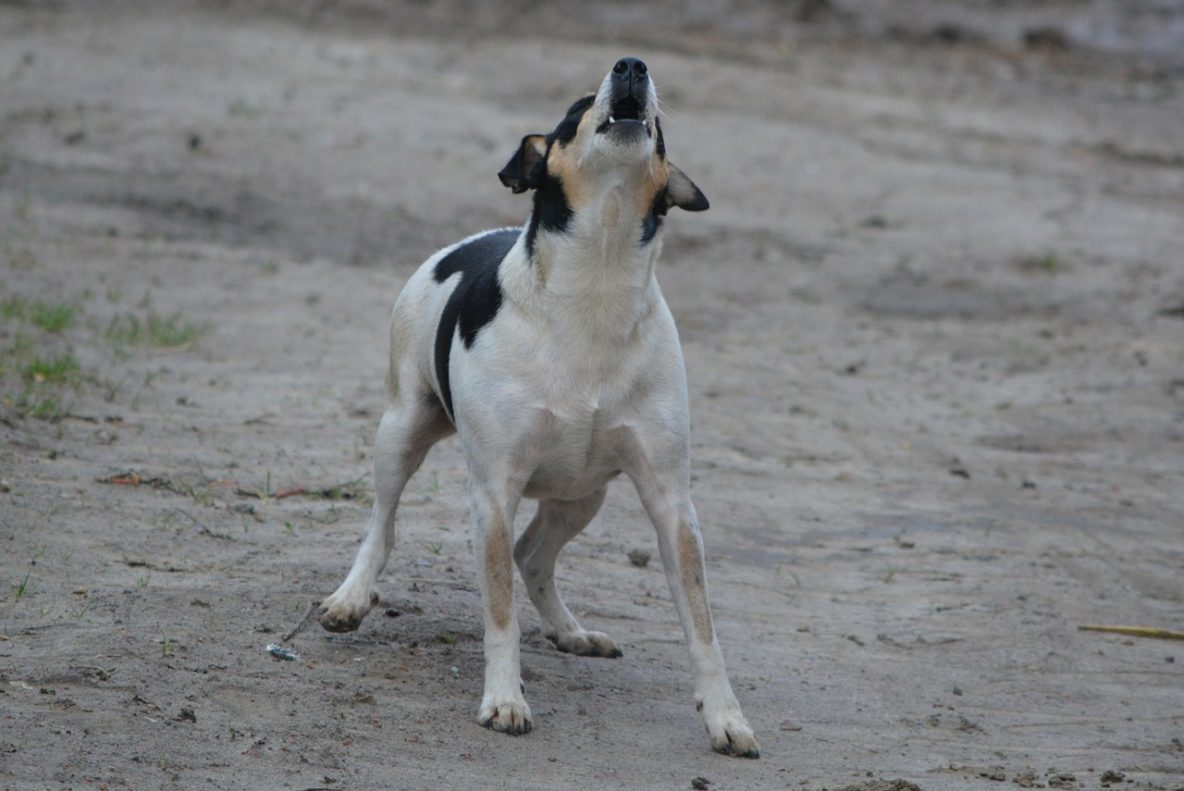 Dogs bark, for better or for worse. But sometimes their barking is confusing, annoying, or even scary! In today’s Ask a Behavior Consultant, we explore some odd barking that an owner has noticed in their new dog.

My family recently adopted a dog, and he is a sweetheart. He loves every person in the family, and is great with strangers, but a few times already, he has a tendency to start barking at one of us.(Wife or me) Usually when we enter the room in the morning. What gives?

– Sincerely, New at This in Jersey

Step 1: What is the Dog Saying?

My first question with this Lhasa Apso is what his body language looks like. It’s possible that the owners aren’t quite reading his body language correctly, and he’s a bit more nervous in general than they think he is. The Dog Decoder App or ISpeakDog.com are great resources for ensuring that you actually know what your dog is “saying” to you.

If he’s actually tense at other times during the day, then we know we’ve got a slightly bigger problem on our hands. This isn’t uncommon with new shelter dogs – they’re often a bit confused and overwhelmed.

New at This in Jersey also notes that the problem seems to be getting worse, which isn’t uncommon in shelter dogs. As this little Lhasa Apso gets more used to his environment, his “normal” barkier behavior might be coming through!

It’s like how our rude jokes and weird quirks generally come out after we know our new friends better, not during that first introduction.

My next stop would be the vet’s office to make sure that this dog is 100% clear of any medical concerns that could cause him to be a bit jumpier than he should be. For example, are his eyes and ears totally clear? Is he pain-free? Is he neurologically normal?

It’s extremely common for behavior problems to have a medical component. Anecdotally, I’d say almost of 1 in 5 of my behavior clients have some sort of medical problem that contributes to their behavior issue.

This little dog’s behavior of barking at his owners when they enter the room, especially in the morning, seems odd enough that I’d really like to get a vet experienced in behavior on board to make sure this is strictly behavior-based.

Step Three: Train the Dog Not to Bark

While we’re figuring out body language and medical concerns, we can still start training the dog not to bark at his family when they enter the room. This is pretty easy.

New at This in Jersey said that they left the room if he barks. If he wants something from you (petting, toys, treats), that could be effective as a negative punishment procedure. But if he wants you to leave, you’re actually positively reinforcing his barking behavior.

Given that he’s barking more rather than less, I’d say we’re probably accidentally living out the second scenario. But if you’re doing this at home and leaving the room reduces your dog’s barking over time, then keep at it! It’s working!

Here’s what I recommend doing for teaching a dog not to bark when you enter the room:

Pretty quickly, your pup will learn that people approaching the doorway means treats are coming. He’ll stop barking and lunging because he wants you to come closer, not go further away.

If this approach makes things worse after a week of work, try leaving when he barks instead. It’s all about data – we can’t say what your dog wants without seeing how his behavior changes in response to the environment.