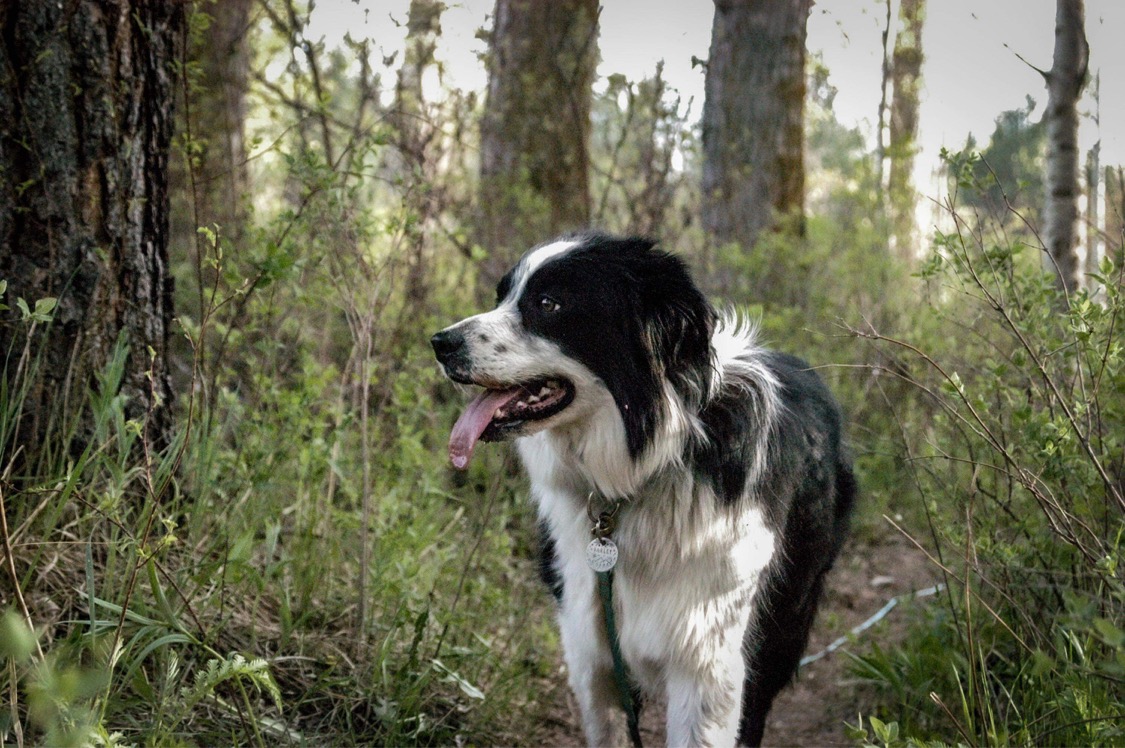 Living with and training a reactive dog is not easy. As I work through my puppy Niffler’s stranger danger, I have found myself wondering if I’m masking his reactions to strangers or actually counterconditioning successfully.

So what’s the difference? Why does it matter? And what can we do to ensure we’re helping our dogs feel better rather than just masking their reactions?

We’ll say “Trigger” in this article when referencing the person, stroller, dog, or whatever else it is that’s upsetting your dog.

You may also want to check out these articles by Journey Dog Training:

In science-speak, counterconditioning is pairing a negative stimulus with a positive one with the aim of producing a more positive emotional response from the learner. For reactive dogs, this usually means giving your dog food (a positive stimulus) in the presence of triggers, with the goal of teaching the dog that people make bacon rain from the sky. Eventually, this should help the dog to feel more comfortable around people.

To be done right, counterconditioning needs to be done in the right order: trigger, THEN treats. If you start feeding your dog treats before the trigger shows up, your dog can actually learn to be afraid of treats. That’s because the treats predict the appearance of something unpleasant.

If every time I offered you some pizza, my next move was to kick your shins. You’d probably start running away from me when I appeared with a pizza box, no matter how much you like pizza.

Counterconditioning is often done in conjunction with desensitization, which involves introducing the trigger at a small, manageable level before increasing the difficulty of the situation. This is extremely important as well! Good counterconditioning programs will start at a distance away from the trigger where the dog can notice the person without having any sort of negative reaction.

The tricky thing is, sometimes another person pops out of a storefront or the person you’re watching starts doing jumping-jacks. Unexpected things happen in the real world, and this can easily unravel a training session. I once was working on counterconditioning Niffler to kids who were behind a fence in a playground. Little did I know, an after-school program was wrapping up behind us and we were suddenly swarmed by 15 8-year-olds asking to pet Niffler. He had quite the meltdown and is more afraid of children now than he was before. We’re working on it and I’m confident we’ll be ok eventually, but it sure set us back!

For now, I’m defining masking as simply using food to prevent a reaction from your dog; rather than actually improving their long-term feelings about a situation.

Masking isn’t bad. I use it intentionally all the time. But it’s important to know that if you’re trying to counter-condition and your dog’s responses aren’t improving, there’s a chance that it’s because you’re unintentionally masking the behavior!

Counterconditioning is hard, tedious, and slow. As a trainer, I often instruct my clients to use exercises like “Open Bar, Closed Bar” to get started on counterconditioning. This exercise basically involves feeding your dog lots and lots of treats when the trigger appears (open bar), then stopping the food when the trigger disappears (closed bar).

There’s nothing fundamentally wrong with this exercise, and I don’t want to pick on this specific exercise too much. I’ve noticed similar problems with several other exercises, including Engage/Disengage and “Look at That.” While these exercises can and do work, they also run the risk of simply distracting your dog when a trigger appears.

I really noticed this when taking Niffler out to work on his feelings about kids. We headed to a park across the street from a soccer field and were working on looking at the kids playing soccer, then looking back at me for food (essentially Engage/Disengage or “Look at That” sort of work).

Niffler was clearly understanding the game – looking deliberately at the kids, then back at me. He offered to sit, down, and was eating happily. However, he never really relaxed. It seemed that he understood his job, but wasn’t actually getting the therapeutic benefits.

Later that same day, I witnessed the same pattern when we used “Open Bar, Closed Bar” to move past some kids on a swingset. Niffler was scared and I used the food to help him get past the kids. While the food prevented an explosive reaction, I do not think we really counterconditioned well in either case.

One could argue (and I’m sure some will) that my errors with Niffler are partially due to being over threshold (dog trainer speak for being too close to the trigger). Because Niffler was over threshold and feeling threatened, the best I could do was mask the issue. That’s probably right. But if I am struggling with that as a professional trainer, what sort of success are our clients having?

So How Do We Actually Help Our Reactive Dogs Around Triggers?

I don’t have all the answers here. I think that using food to help our dogs through reactive episodes is absolutely warranted and I 100% plan on continuing to use the exercises I mentioned above. I am also not above using food to mask a reaction if my only other option is to allow my dog to explode emotionally. I’d much rather work as a pez-dispenser feeder than have my dog feel so stressed that they’re barking, lunging, and frothing at the mouth.

Increasingly, however, I’m using more of a desensitization and arousal testing approach with Niffler. Rather than heading to a park and then rewarding him for disengaging from the trigger (or rewarding him for looking at it), I am hanging out even further from the triggers. We are just walking together, and I’m trying to not use food much, although I have it with me.

If he notices the trigger, I’ll pause with him and let him absorb the environment. If he seems to be tensing up (his tail is arching over his back or he’s standing on tiptoes, or he’s starting to cower or crouch), I’ll call him away and we take a big circular lap away from the trigger. I may give him food at that moment to reinforce him for moving away from the trigger when that was tough for him.

I am continuing to use food and trained cues to gauge his stress levels. This is based loosely on Sarah Stremming’s instruction in her Worked Up class. As we’re near triggers, I’ll feed him a bit of food to see if he’s taking it slowly, sharply, or not eating at all. That gives me information about his stress levels.

Similarly, I can test how he’s feeling about the triggers by seeing if he is able to sit, perform a hand target, or play with me. All of these different behaviors help me gauge how Niffler is feeling in a situation.

The tricky thing is, I don’t want to ask Niffler to constantly eat or work in the presence of triggers. That brings us right back to the issue of masking. Right now, I’m aiming for about 4 minutes of a 5 minute session to be desensitization, with intermittent ultra-short breaks for rewards, play, or training. I’ll keep experimenting, but would love to hear your thoughts!

Be a K9 Conservationist with these “Dogs Detecting Data” Shirts! 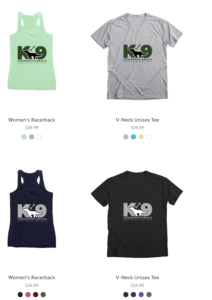 In this episode of Pandemic Puppy, Kayla and Amber Quann discuss preparing your puppy for adventures! They cover what supplies...