Do you think your dog is “alpha” or “dominant?” It’s ok if you do – this is a very common way of speaking about our pet dogs. It’s easy to find lists of alpha traits, how to detect dominance in your dog, and how to become the leader of the pack.

But you’ll (almost) never hear me talking about dominance in dogs. Why not? 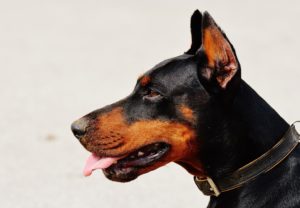 Dominance in dogs just isn’t a very useful way to talk about dog-human interactions. There’s very little evidence that wild dogs create structured packs with hierarchies the way wolves do. And there’s just about no evidence that dog-human relationships work this way. There’s no need to show your dog that you’re the alpha by flipping them over, growling at them, pinning them down, or staring until they blink.

You might hear me talking about dominance in specific social situations between two or more dogs. But it gets technical quickly, because dominance isn’t a personality trait for an individual. It’s much more nuanced than that. 98% of the time, I find it more confusing than helpful to talk about.

Don’t believe me? Talk to the scientists with the published papers. Dr. Sophia Yin, world-renowned DVM, wrote a great paper on dominance in dogs versus leadership and an even better one outlining the science around the dominance controversy. It’s worth a read. She talks about using methods like “Nothing in Life is Free” to teach your dog that he must behave in order to gain access to resources. No dominating necessary. For more on Nothing in Life is Free and other useful training games, here’s a list of my favorites.

Still not sold? Look into this paper from the Journal of Veterinary Behavior from Bradshaw, Blackwell, and Casey called “Dominance In Dogs: Useful Construct or Bad Habit?” It’s a bit of a bear to read and you have to pay for access, but the gist of it is this:

The term “dominance” is widely used in the academic and popular literature on the behavior of domestic dogs, especially in the context of aggression. Although dominance is correctly a property of relationships, it has been erroneously used to describe a supposed trait of individual dogs, even though there is little evidence that such a trait exists… It is commonly suggested that a desire ‘to be dominant’ actually drives behavior, especially aggression, in the domestic dog. By contrast, many recent studies of wolf packs have questioned whether there is any direct correspondence between dominance within a relationship and agonistic behavior, and in contrast to wolves, hierarchical social structures have little relationship with reproductive behavior in feral dog packs… In the present study of a freely interacting group of neutered male domestic dogs, pairwise relationships were evident, but no overall hierarchy could be detected. Since there seems to be little empirical basis for wolf-type dominance hierarchies in dogs, the authors have examined alternative constructs. Parker’s Resource Holding Potential (RHP) appears to be less useful when applied to domestic dogs than to other species, although it has the advantage of incorporating the concept of subjective resource value (V) as a factor influencing whether or not conflicts are escalated. The authors propose that associative learning, combined with V, can provide more parsimonious explanations for agonistic behavior in dogs than can the traditional concept of dominance.

In plain English, what their abstract means is:

You might find these blog posts by well-respected dog trainers Victoria Stilwell and Dr. Sophia Yin are a bit easier to read than the science. Victoria’s is a fantastic, comprehensive look at the history of dominance in dogs and dog training. I’d also look into these posts on pack theory and why not to hit your dog. They’re fantastic.

So Scientists Don’t Like Dominance In Dogs. But What Harm Can It Do? 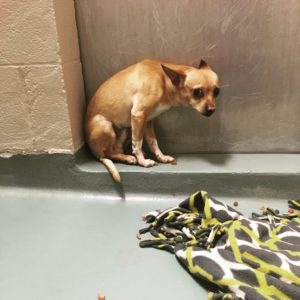 Thinking about your relationship with your dog in terms of dominance isn’t very useful. But it also can be harmful! If you think that your dog is being dominant when he’s actually being fear aggressive, you can make the situation worse. Punishing dogs often leads to fallout and owner-directed aggression.

Why are dominance in dogs and punishment linked? If you think that you need to be alpha, dominant, or the pack leader, you probably think you have to be the boss. That means staring your dog in the eyes, shaking him by the scruff, firm NOs, or even flipping and pinning him.

Thinking about dog-human relationships as adversarial is harmful. Let’s face it, you’re in charge. You control the walks, the food, the sleeping spaces, the water, everything. You control the resources. You do not need to dominate your dog. You can teach your dog the rules of the roost through reward-based training. If your dog is showing concerning behavior, schedule a Skype call with me and we’ll talk through it.