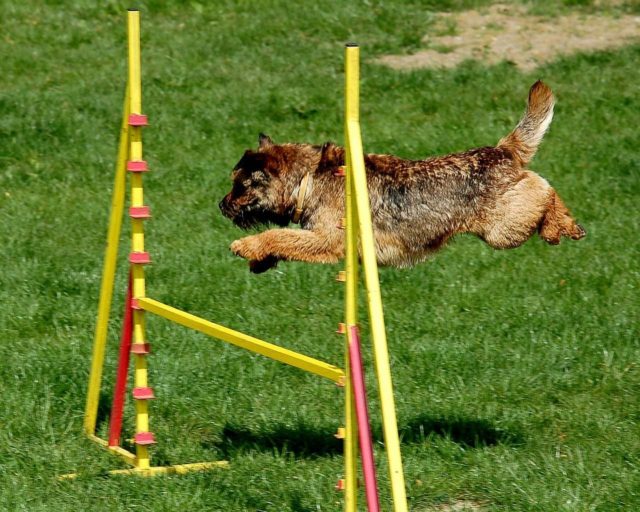 The authors set out to lay a foundation for their paper in the abstract. This is where they start out with some basic facts and assumptions:

The researchers asked 364 people about their training methods.

They wanted to see if training methods related to pet behavior or training effectiveness. They found:

The researchers asked the owners to rate their dog’s obedience on eight different tasks.

For the remainder of the paper, I will just pull out the highlights, as I see them. I won’t go through the entire paper sentence-by-sentence. That would be insane!

Training methods are a welfare concern.

Traditional training is based on aversion/punishment. Past research indicated that punishment-based training has many bad side effects for dogs, including:

People will only adopt positive training methods if they’re at least as effective as punishment based training techniques.

The researchers stopped talked to a bunch of dog owners and gave them surveys. They asked that owners fill out surveys for their youngest dog that was over 1 year old.

The researchers threw out a bunch of surveys that were useless due to missing data or other human errors. Then they ran a lot of statistics and did some math. They categorized people as punishment-only, reward-only, combination, or miscellaneous. They did some more math in order to explore the relationship between training method and number of behavioral problems. 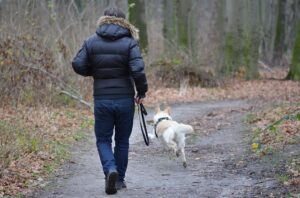 This is where the researchers show us what they found. It’s a lot of numbers.

In many cases, different training methods were used for different things by the same people. For example, many owners used punishment when teaching dogs not to chew but rewards when teaching a dog to come.

The maximum score of “obedience” was 40. The average dog in this study scored 33.

The researchers then looked deeper into specific tasks that dogs were trained to do. They found:

97.2% of dogs showed at least one problematic behavior. The most common problem behaviors were over-excitement, barking, and fearful behaviors.

Owners who used punishment, either alone or in combination, reported the most separation-based problems.

The bottom line: the researchers found that dogs trained using reward-only were also rated highest for obedience. They found that the more rewarded, the better-behaved. They also found that dogs that were punished displayed the most problem behaviors.

This is where the researchers talk about all the numbers found above.

Owners who used punishment did not report higher compliance in the 7 tasks studied. 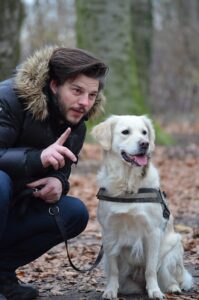 Other studies have found that dogs that are more obedient are more likely to satisfy their owners. Satisfied owners, in turn, are less likely to give their dogs up to a shelter. Therefore, training methods and their success have an impact on whether or not dogs end up in animal shelters.

The more a dog was punished, the more it displayed problem behaviors.

The authors say: “Punishment-based training is not effective at reducing the incidence of problem behaviors, and its use seems to be linked with the increased occurrence of potential problems.”

The bottom line: The authors admit that punishment can be used effectively in dog training, as shown by years and years of training. Most owners are inexperienced trainers who likely are administering punishment incorrectly. This causes anxiety and stress for the dogs. “For the general dog-owning population, reward-based training methods may produce a more balanced and obedient animal.”

That’s that for our first-ever dive into science-based dog training. I hope that my “translation” helped you better understand some of the science surrounding my reward-based training techniques. Still lost? Let me know!