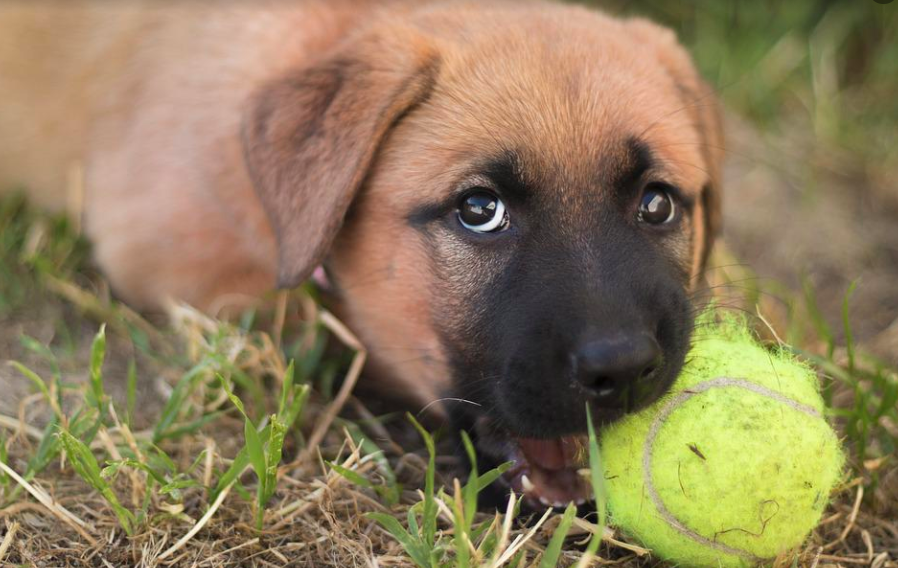 Puppies and teenage dogs are so cute – and such a handful! Nipping is a common problem for many pet homes. In the vast majority of cases, nipping is an annoying phase that passes with some patience, training, management, and maturity on the dog’s part.

But what do you do in the meantime? How do you ensure that nipping is just a passing phase?

In today’s Ask a Behavior Consultant, we’re talking to Naughty Nipper about a 5-month-old border collie. Naughty Nipper writes that “he was ok as a puppy” but now “he keeps nipping my partner but not me.”

Why Is Nipping Worse at 5 Months Old than at 8 Weeks?

It’s also not unusual for pups to get nippier around 4-6 months of age when they’re teething and gaining strength. In fact, this is also the age when many dogs are most destructive – even if they were perfectly placid puppies just a month ago.

It’s a bit cruel, isn’t it? Right when you think they’re getting older and wiser, their behaviors get worse! People often think they’re “out of the woods” as the puppy looks more and more like a dog, but biting and chewing are often worse later in puppyhood, not earlier.

So How Do We Curb the Nipping?

We have one clue for Naughty Nipper: the pup is worse with one member of the family than others. This tells us that human behavior is likely at play. No, the pup isn’t vying to rule the house in some Alpha Scheme. It’s unlikely that she’s “testing” the partner or hates him or targets him because he’s not the one who feeds her.

No… it’s probably much simpler than that.

Some people walk or move their hands in a way that makes them much more tempting to bite.

This is often a problem for small children who move erratically, but can also be a problem for the family member who plays roughest with the dog, is least consistent, or is most hesitant in their movements. Without seeing video of the dog and people interacting, it’s hard to say which is the problem in any specific case.

In most cases, we tackle nipping using a multipronged approach:

If you still need more help, we have a variety of other articles on chewing, teething, nipping, and common puppy problems. Check them out below!