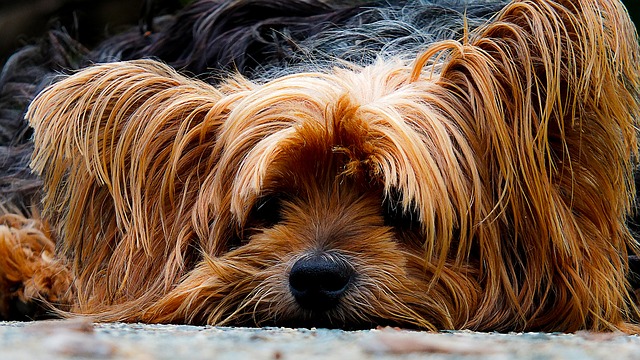 Potty training is one of those parts of dog ownership that most of us would rather avoid. I love training dogs, but potty training? No, thank you!

In today’s Ask a Behavior Consultant, we’re tackling the problem of a new pup who never pees in the house – but poops in the house every night. So what gives?

We just adopted a 7-month old male terrier mix and he NEVER pees in the house, but every night he poops in the house.  We walk him before bedtime and in the morning.  He rarely pees or poops otherwise.  What can we do to get the pooping under control?

If you’re struggling with a similar problem, you might find these other articles helpful:

At seven months old, this puppy should be able to “hold it” through the night. There are probably one (or more) of three problems going on:

It’s important to figure out which problem is the root of our troubles before tearing out our hair trying to solve this problem.

Here are some things that would make me suspect this issue is medical:

If this issue is medical (giardia, diabetes, worms, etc), you need to get that fixed first!

Our reader stated that the previous foster family didn’t have this problem. The fosters took the puppy out at 5:30am, though.

I think that’s the solution in this case. I’d fix this the same way as how I fixed the problem of a dog that begged for breakfast super early: we’d set an alarm for 5:30 to take the puppy out for a few days. We’d reward the puppy for pooping outside then (to make it extra clear that it’s worth saving up poo to trade for treats).

Note: if your puppy is pooping in one corner of the house and sleeping in another, consider having him sleep in a smaller area to encourage him to hold it!