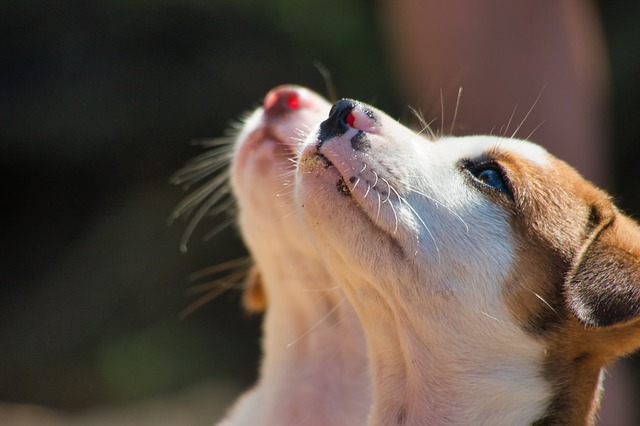 Many dogs loooove their food. It’s part of what makes them so easy to train – and it’s what keeps them alive. But some dogs have a food obsession that goes a bit too far.

Whether that’s a dog who steals food, a dog who eats non-food objects, or a dog who begs persistently for his breakfast, it’s a problem.

In today’s Ask a Behavior Consultant, we’re going to tackle the problem of dogs who pester their owners for mealtime. Our reader asked,

“We used to feed our dogs first thing in the morning. Over time they have wanted to be fed earlier and earlier. My husband now gets up at 2-3am to feed them. We also feed them around 3 in the afternoon. Please help us to get a good night sleep.”
– Sincerely, Sleepless Spaniels

If you’re dealing with dogs that beg for breakfast, be sure to check out the following resources from Journey Dog Training:

Oh dear! Two or three in the morning is not an appropriate time for breakfast! These little dogs must be very persistent (and very charming) in order to get their owners to feed them at such a time.

This problem is going to require a lot of persistence to solve. It’s tough to have resolve when you’re half-asleep at 2am, but you’re going to need to dig deep to solve this.

Here are a few potential solutions for the owners:

Right now, the dogs know that if they pester their dad, he’ll feed them. They know if they just bug him enough, they get BREAKFAST! The best part of the day!

Essentially, this means that the poor owners have trained their dogs to be incredibly persistent. We’re likely to see the dogs’ begging behavior get worse before it gets better. This is called an extinction burst.

Imagine you get into an elevator to go up to the 23rd floor of a building. You press the button and nothing happens. So you press again. And again. Then you press it harder. Then you press it 132 times in 30 seconds, just to be 100% sure it doesn’t work. Then you curse a bit, then you finally take the stairs. That’s an exctinction burst.

Your dogs are likely to experience similar feelings of frustration (why isn’t this working anymore?!). Unfortunately, if you withstand their begging for 3 hours before giving in, you’ve just taught them to beg for three hours.

Here are a few other things I’d try to make this training go a bit smoother:

Good luck. This behavior problem isn’t terribly complicated, but it’s sure a tough one to fix because it’s hard to be your best “dog trainer self” at the dead of night!

My Dog Eats Everything. How Do I Protect Him From Himself?

Many puppies explore the worlds with their mouths. But what should you do if your puppy actually eats a lot...