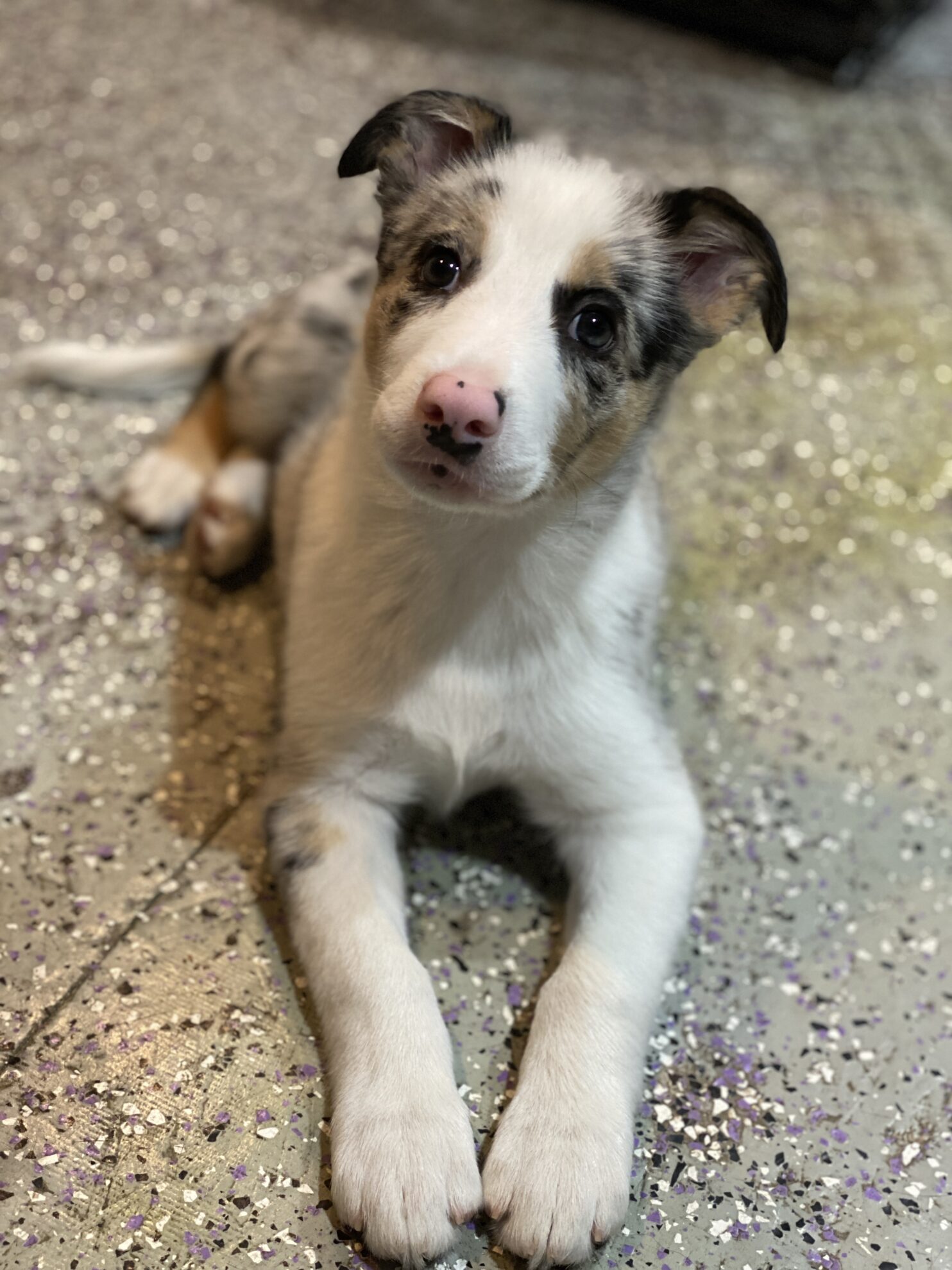 I brought home a new puppy yesterday. We picked him up around 3pm on Sunday, and I’m going to detail how we survived our first 24 hours together. Of course, your mileage may vary based on your new puppy’s personality, but this is what worked for us.

In case you don’t want to read this in detail, here’s what to take note of:

Going forward, I’ve already identified some of the areas Niffler needs work. He could use practice being behind a barrier when he can see me but not reach me. That’s one of my top priorities for my own sanity. He also is definitely more aware of sirens than of other socialization sounds on the Spotify playlist, so we’ll layer those sounds in.

We haven’t tested a lot of other things yet. I plan on seeing how he does with horses, chickens, and other farm animals later on December 22. He’ll tag along to Barley’s agility class that evening. He’ll go to puppy kindergarten on December 24. He’ll meet some of my friends for an outdoor, socially distanced Christmas. He still needs to meet some adult dogs, the vet, and a variety of other things!