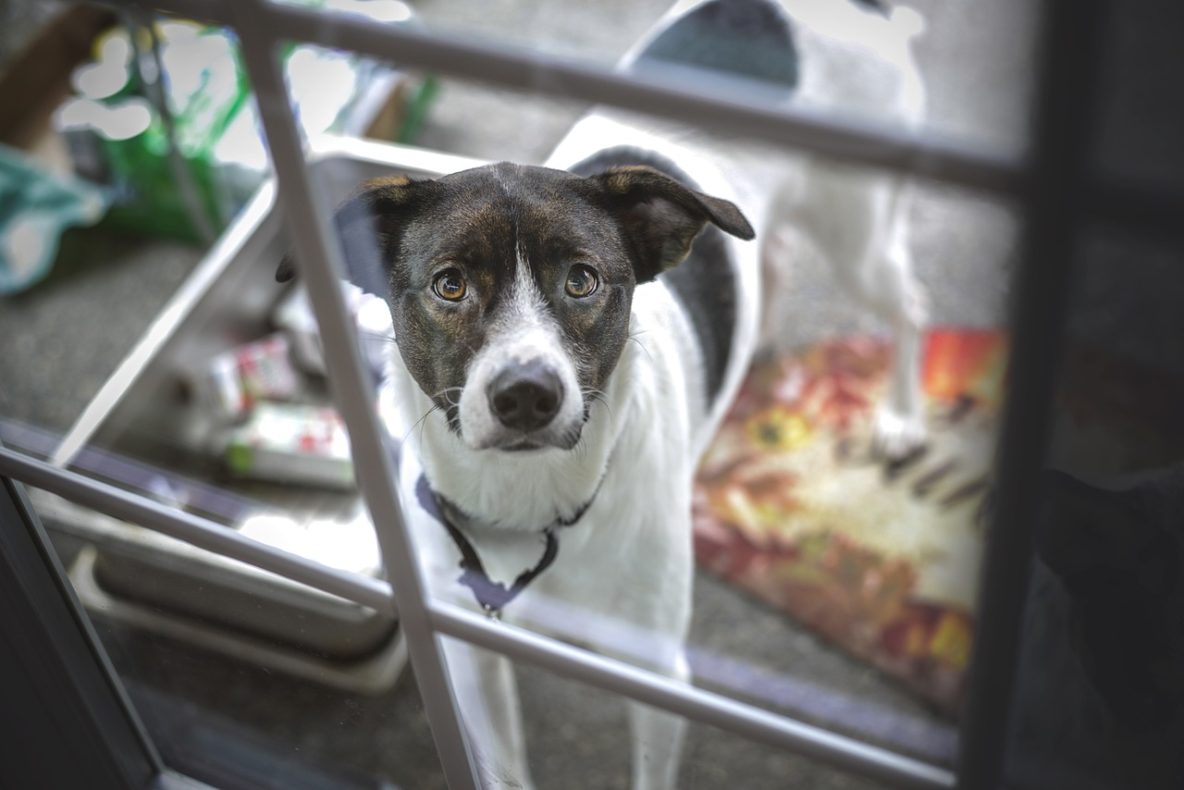 When you bring home a second dog, you’re probably hoping (or even expecting) that he’ll be fast friends with your first dog. But what do you do if your current dog is actually terrified of your new dog?

In today’s Ask a Behavior Consultant, we’re going to address this exact problem. We also discussed the fact that not all dogs love other dogs here.

I have an anxious Maltese poodle and have recently had to adopt a neglected English bulldog. How do I stop the poodle from being scared? I’ve walked with them and tried everything I found online. She trembles and hides. He is not aggressive and barely notices she’s there. She also doesn’t like treats, so rewarding her with them doesn’t work.

In the remainder of Desperate for Harmony’s intake form, they indicated that they’ve already tried many of the front-line suggestions that we’d make for a case like this (and we made before in our article on how to help your dogs accept a new dog):

Overall, Desperate for Harmony is definitely on the right track here. It’s only been one week so far, but clearly this isn’t going as planned.

Why Isn’t This Introduction Going Well?

Sarah Stremming said something really smart on a recent episode of Cog-Dog Radio: “Often, when you’re paying a trainer for help, you’re paying them to be a better splitter.”

Splitting is the term for breaking a behavior down into smaller parts. For example, your goal might be a dog who lies down on cue. Some dogs will just “get” the whole shebang right immediately – they lie down, you reward. Easy.

But in some cases, that’s too much for the dog right now. Rather than punishing them for getting it wrong, a good splitter will start by rewarding the dog for paying attention, then for lowering his head a bit, then a bit more, then bending his shoulders, then bending his elbows, then lowering his belly, then touching his chest to the ground. A really great trainer can get even more granular about this as needed.

For many dogs learning to lie down, this isn’t necessary. It’s a pretty simple behavior. But for others behaviors (like starting to trust and accept another dog who currently terrifies your other dog), splitting is a huge part of success!

My guess is that Desperate for Harmony isn’t seeing success (and her Poodle cross won’t eat) because they’re not splitting the behavior down into small enough fragments.

If I asked you to jump onto a two-meter box in one leap, you probably couldn’t. Should I punish you for that? No. I should create a training plan to help you build up the strength and skill needed, starting with a one-meter box (or lower if needed).

The same goes for our dogs. Right now, your dogs aren’t getting along. The mere presence of one scares the others.

We’re actually going to follow a training plan that’s more similar to introducing a dog and a cat (click this link for a video about dog/cat intros, or follow this one for a podcast episode on the same subject) than the “normal” protocol for introducing two dogs.

The basic idea is this:

You can do this! Do your best to support your scared dog and make sure the other dog is getting what she needs.

In some cases, the dogs might just not be a great fit together. That’s ok. Seriously – if your dogs are terrified of each other, you’re not doing them a service to force them together. Give it a good try and get help before making this decision, but it needs to be mentioned.

And as always, Journey Dog Training is here for you for remote behavioral support if you need.

Why Does My Dog Bark at Me When I Enter the Room?

Dogs bark, for better or for worse. But sometimes their barking is confusing, annoying, or even scary! In today’s Ask...