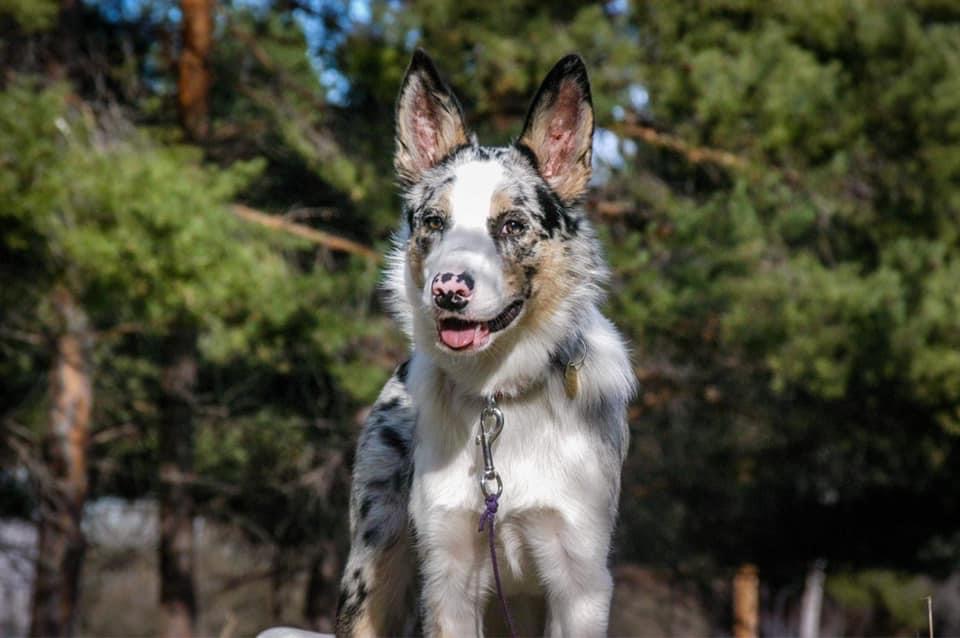 I leashed up my puppy Niffler as he jumped from my Prius. The sun was warm, the scent of Ponderosa pines heavy in the spring air. We headed down the trail, relishing in that first warm day of the year.

But within a few minutes, it all went so wrong. Another crew of hikers rounded the corner and Niffler reacted immediately – his hackles shot up, he leapt behind me, and started to bark ferociously. It was the first time I’d heard him bark like a big dog, and he sounded scary.

When he was five months old, I realized that my puppy had some Stranger Danger concerns. This isn’t entirely unexpected – he was born on a farm in Idaho, raised on 5 acres in rural Montana during a global Pandemic. Did I mention I brought him home in December?

So he simply hasn’t seen all that many people yet, despite our visits to Cabela’s and Ace Hardware and puppy kindergarten. People on trails were a startling and upsetting novelty.

That doesn’t mean I’m going to ignore the problem, though! I’m a dog trainer and I really like my dogs to feel comfortable in a wide variety of situations. Barley, my adult dog, is my constant companion at all dog-friendly venues, and I’d like Niffler to follow in his pawprints.

We also recorded a podcast episode on Stranger Danger, which you can find here.

My approach for working with a puppy on stranger danger is a few simple steps:

Remember to be patient and get help if needed! Be sure to check out the episode we did on this topic for Pandemic Puppy as well.