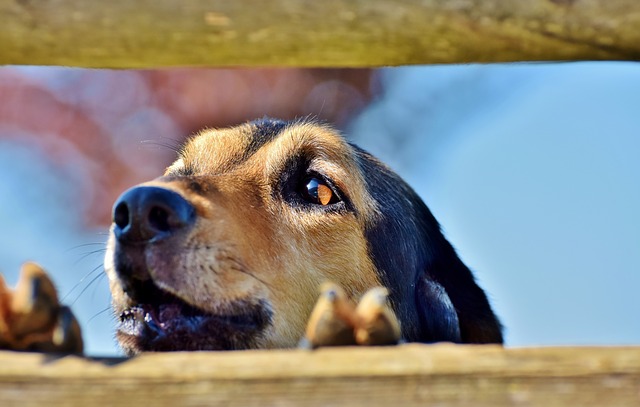 Many dogs struggle a lot with crate training. How should you respond when your dog barks non-stop in his kennel?

In today’s Ask a Behavior Consultant, we’re tackling the following query from our reader:

“My 7 month old Chihuahua -I just got him this Saturday- won’t stop barking in his kennel, we’ve tried everything. I’ve put a blanket over his kennel, ignored him and everything. If we don’t get this together I’m going to have to get rid of him, please help.”

If you’re dealing with a dog who barks non-stop in their kennel, be sure to check out the following resources from Journey Dog Training:

I’ve crate trained a lot of dogs, and I know firsthand how hard it can be to deal with a dog who barks non-stop in his kennel.

I’m glad that our reader was so proactive by seeking help for her dog’s crate-barking problem right away!

That said, I hope she’s able to stick with this puzzle for a bit. Most training problems aren’t fixable in just a few days. When she wrote to me, she’d only had the dog for three days. Fixing most behavior problems will take more time than that!

Let’s get into how to teach a dog to stop barking in his kennel.

Why Does My Dog Bark Non-Stop in His Kennel?

Consider whether or not the dog NEEDS to be in the crate. In some cases, the easiest option is to ease up a bit on crate training and do small training sessions, teaching it like an endurance skill. Dogs don’t naturally sleep in the crate for 4+ hours without training, just like you can’t meditate for an hour without a bit of practice. This is ESPECIALLY true with young dogs.

Simply closing the dog in a crate and ignoring him is likely to backfire.

It’s also worth considering WHEN the dog is barking in his kennel. Is it truly 24/7, or is the problem worse at specific times?

For example, dogs that bark when they can see or hear you may be experiencing some frustration that’s akin to FOMO (fear of missing out). My puppy Niffler actually barked the most if I was playing with Barley (my other dog), but slept nicely if he was alone. It took a few weeks for him to even relax when I was reading on the other side of the room because he wanted to join the fun! I mostly crate-trained him by sitting right next to him in the crate and rewarding calm behaviors. Over time, I could move further and further from his crate.

I was also careful not to put him in the crate unless he was genuinely tired and relaxed. If he was overly tired, sometimes we got MORE barking and fussing (just like a tired toddler who REALLY needs a nap).

Meanwhile, dogs that bark most when left alone may be experiencing separation anxiety. Dogs that bark before settling in need to address a crate training deficit, while dogs that bark after a long time in the crate may simply need to go potty or get some exercise. This last group of dogs really deserves to be let out; it’s not fair to ignore a dog who’s communicating a genuine need.

Should You Ignore A Dog Barking in His Crate?

Generally, we do not recommend letting dogs “cry it out.” Ignoring a dog that’s barking in his crate will teach him that being closed in the crate is bad and lonely; he’s learning that you ignore his needs and he may start to panic in the crate even more.

That’s not to say that ANY squeaking or crying merits a release from the crate. A bit of fussing is pretty normal and can be safely ignored. But if your pup is barking more than normal or seems truly upset, it’s time to react.

Rather than ignoring your barking dog, teach him that barking in his crate gets him one response and one response only: a leashed excursion to the back yard for 1-2 minutes, then a return to his crate. This is a great way to teach your dog to bark if he genuinely needs to pee, but not to cry for attention or playtime. Try to be neutral and calm and don’t play as you take him outside.

However, all of this assumes that your dog is well-exercised and has his needs met. If your dog is cooped up and bored, it’s not really ethical to leave him in his crate and ignore him when he’s out.

Part of why I don’t recommend ignoring a barking dog in a crate is ethical (I don’t like teaching my dogs that I’ll ignore them if they’re distressed), and part of it is practical: imagine that usually your dog barks three times before you let him out of the crate, but now you’ve decided to ignore his barking. What happens next is called an extinction burst.

How Long Should You Let a Dog Bark in the Crate?

The answer depends on the TYPE of barking more than the length of time.

With my puppy Niffler, I generally ignored low-level whimpering or a few seconds of fussing. If he barked, I took him outside for a quick potty break then returned him to the crate for a couple treats. I tried to let him out as soon as he woke up from a nap, BEFORE he started to bark. Catching him being good is a key to teaching him to be quiet in the crate!

You’ll need to get to know what’s normal for your dog. Remember that young puppies (under 6 months old) are BABIES and will need frequent reassurance and potty breaks. They deserve comfort and support, not to be ignored.

Is Your Dog Barking for Attention or For Needs?

Whenever my puppy Niffler started barking in his crate, I tried to assess what he really needed. How long had it been since his last potty break? Was he hungry? Thirsty? Bored and cooped up?

In some cases, he genuinely had all of his needs met and just wanted more attention. In this case, I either ignored him or walked away. I found that getting up and walking away if he barked at me actually helped the issue faster.

However, this can be risky if you don’t truly assess your pup’s needs. Once, I got up and walked away because I was certain Niffler just wanted attention. I came back to find a HUGE puddle on the ground – he’d desperately needed to pee. I’d misjudged how much water he’d had after our last play session.

If my dog just got a play session and a potty break but is still barking in his crate, I’ll likely settle down near his crate and read to help him settle down. If that happens repeatedly, I’d start giving him a long-lasting chew the moment I put him in the crate so he can transition from playtime to chewtime to bedtime more smoothly.

If you find your dog barking at you consistently in the crate, it’s time to reassess your current schedule and plan – it’s not working!

This owner said that she’d tried putting a blanket over the dog’s kennel and ignoring the dog. Those techniques are quite common. They also are not always the best tactics.

Sure, some dogs will quiet down when their kennel is dark. Other dogs will give up if their barking is ignored. But many dogs don’t give up so easily! Here’s what I’d suggest doing instead:

Crate training can be a total drag. If you don’t travel or do dog sports, you might not really need to crate train your dog. But if crate training is a must for your house, this is how I do it.