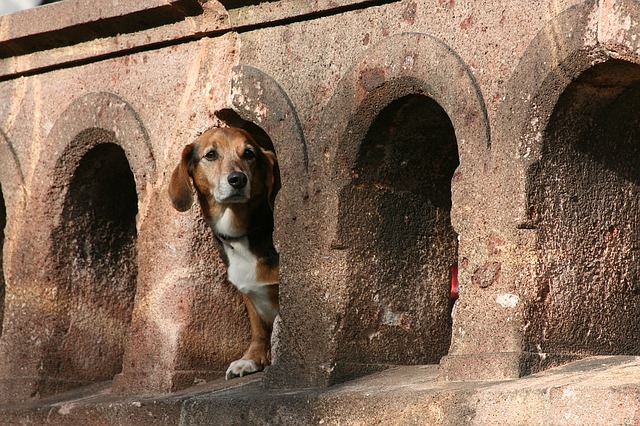 Making a call about what to do with an aggressive dog is not easy. I created a checklist for aggressive dogs that you can use to try to sort out your thoughts – but as I say in that article, the calculus is always different for different people.

Your skill level and living situation are just as important to this decision-making process as the severity and frequency of the dog’s aggressive behavior.

I can’t really tell you what to do with your aggressive dog, even if we’ve been working together for months or years. I can give you my professional opinion, but I won’t order you around. That’s a personal decision.

It’s even harder when I get emails like the Ask a Behavior Consultant question below, which asks about what to do with a dog who displays crate aggression.

I’ll walk you through my decision-making process, but please remember that my opinion and assessment here are based on precious little information.

Your best course of action is to seek the professional opinion of a veterinary behaviorist, Ph.D. in animal behavior/ethology, or Certified Dog Behavior Consultant. They’ll help you make a decision that’s best for you, your family, and your dog.

Don’t hire a former police dog trainer or military trainer unless they’ve got specific credentials (not experience, they’re not the same thing) working with aggression cases.

Earlier this month, I got the following question:

“Medium sized dog has history of aggression and biting only when cornered or in his crate. Should I rehome, euthanize, or keep trying with him?”

If you’re dealing with an aggressive dog, be sure to check out the following resources from Journey Dog Training:

I also have a bit more information from the rest of Crate Aggression’s intake form: the dog is a five year old terrier mix who’s been aggressive around his crate and when cornered for five years. The dog is mostly aggressive towards the husband and visiting nieces, not the wife of the family. There are no children in the home.

Crate Aggression didn’t specify how bad the bites were or how many times this dog had bitten. She also didn’t respond when I asked if the dog gave warning signs before biting. All of that is important information, but I didn’t get answers to those follow-up questions.

Should I Euthanize, Rehome, or Train My Crate Aggressive Dog?

I’ll tell you this: given what I know, I don’t think this dog needs to be euthanized right now.

I’d train this dog. If things aren’t getting better after a few months of honest work at the problem, we might re-assess.

If Crate Aggression’s dog were larger, less predictable, or around lots of people (especially kids), I might have a different assessment. I also might change my assessment if this dog is biting his owners frequently (more than a few times per year), the bites were seriously breaking skin, or if the dog wasn’t letting go when biting.

Fixing this problem will take time: the dog has been “practicing” his aggressive behavior for five years (his entire life).

I am generally reluctant to rehome aggressive dogs because I don’t like the idea of “passing the buck” to someone else. Of course, that doesn’t mean that rehoming an aggressive dog is always irresponsible.

If the reason the dog is “failing” is largely due to his environment and we can reasonably find him a new home where he’s likely to be safe, then we should try that! But if the list of what the dog needs to succeed is improbably long and complicated, that’s not a good sign.

For example, we sometimes had this sad, wry conversation at the shelter I used to work for: “If only Fido could go home with a female professional trainer who lives on a farm with no other dogs, no kids, and no visitors. Then maybe he’d be OK.”

The reality is, there aren’t many hermit-like female dog trainers-turned-farmer who are looking to take home the world’s aggressive dogs.

I’ve helped make the decision to euthanize a lot of dogs when I worked at Denver Dumb Friends League. It was the hardest part of that job.

It’s different to make that decision with a shelter dog, because so much of the equation is unknown: how dedicated is his family? He doesn’t have one. How much space does he have? No one can say, he doesn’t have a home. Does the family live near a playground? Not sure. And on and on.

With shelter dogs who don’t have families, we’re much more cautious than with dogs who already have a dedicated family.

I am yet to have a client’s dog euthanized for aggression. That’s not because I’m “that good.” It’s mostly luck, and the fact that I’ve only been working with aggression cases for a few years.

Based off of what I know about this particular dog, I think it’s too early in this dog’s training to euthanize him. If my assumptions are wrong or things change, that assessment might change.

If this dog were mine, or my client’s, here’s what I’d do:

Of course, this is just an overview. I have an entire e-book about treating aggression in dogs. I also work with two other fabulous trainers to take aggression cases remotely through video chat, phone consultation, and/or email and text support for clients around the world.

If you can’t find a Vet Behaviorist, Certified Dog Behavior Consultant, or other aggression-credentialed professional near you, we’re here for you.